Sharon, Jack and I went to the 2016 Jesuit Awards Convocation. This is the third year that we have been invited [2014 and 2015]. I am still confused about why Jack didn't get any awards in his freshman year...

Unlike previous years, they didn't give any general excellence awards to the seniors. Instead, they gave out a number of departmental awards. Jack got departmental awards in English and French. I am very proud of Jack's academic accomplishments. It is hard for me to believe that he will be done with high school in a couple of weeks! 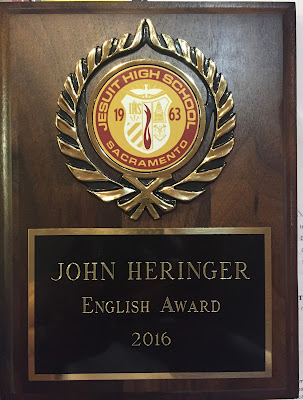 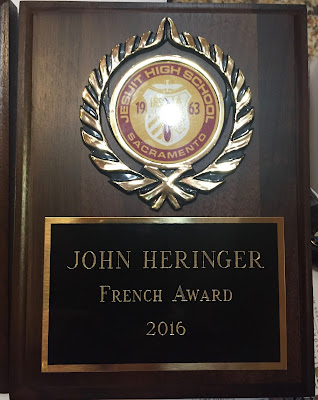