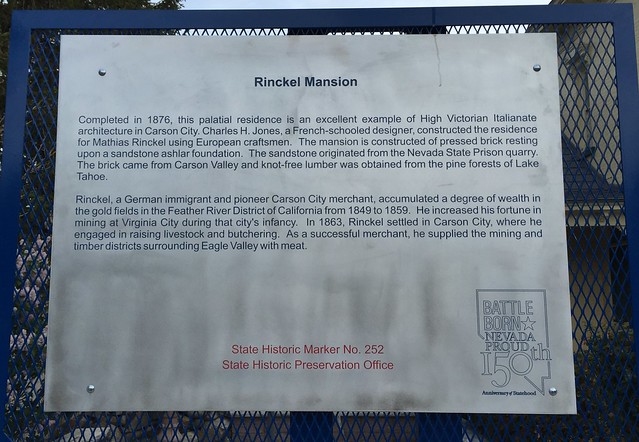 Completed in 1876, this palatial residence is an excellent example of High Victorian Italianate architecture in Carson City. Charles H. Jones, a French-schooled designer, constructed the residence for Mathias Rinckel using European craftsmen. The mansion is constructed of pressed brick resting upon a sandstone ashlar foundation. The sandstone originated from the Nevada State Prison quarry. The brick came from Carson Valley and knot-free lumber was obtained from the pine forests of Lake Tahoe.

Rinckel, a German immigrant and pioneer Carson City merchant, accumulated a degree of wealth in the gold fields in the Feather River District of California from 1849 to 1859. He increased his fortune in mining at Virginia City during that city’s infancy. In 1863, Rinckel settled in Carson City, where he engaged in raising livestock and butchering. As a successful merchant, he supplied the mining and timber districts surrounding Eagle Valley with meat. 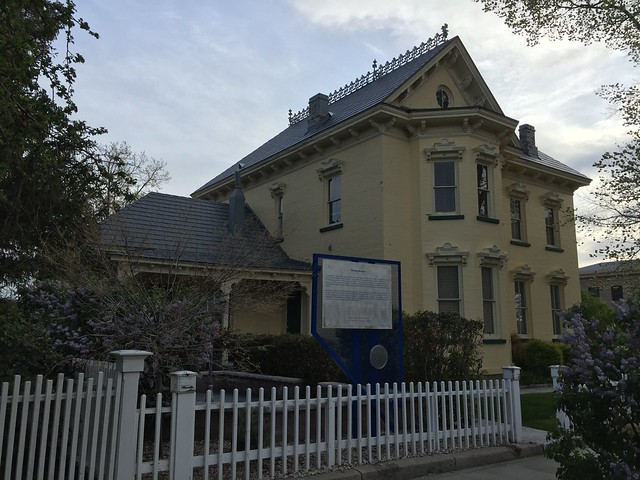