Jack and Kiki went to the 2016 Jesuit Sr Prom. An enormous group met at the Teichert Building on American River Drive. Unfortunately, the security guard called the sheriff and eventually ran everyone off. The group migrated down American River Drive to Oak Meadow Park for more pictures. The prom was held at the Del Paso Country Club with a buffet dinner. 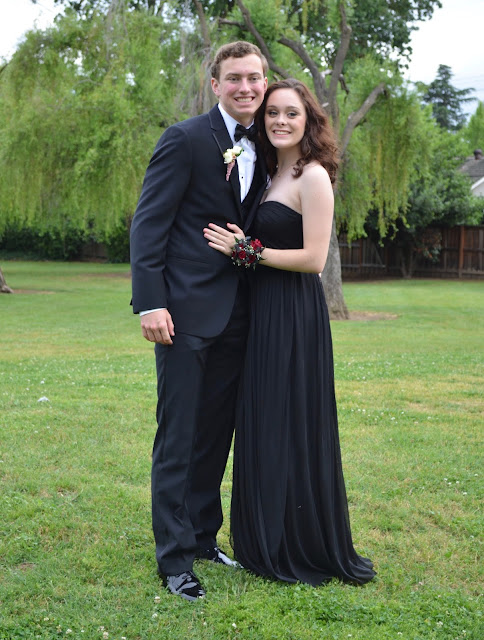 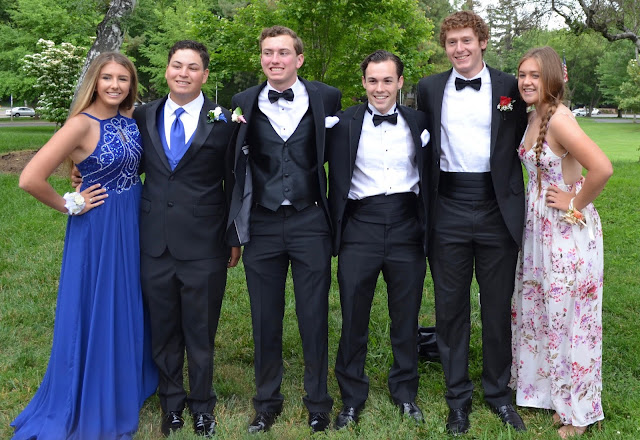 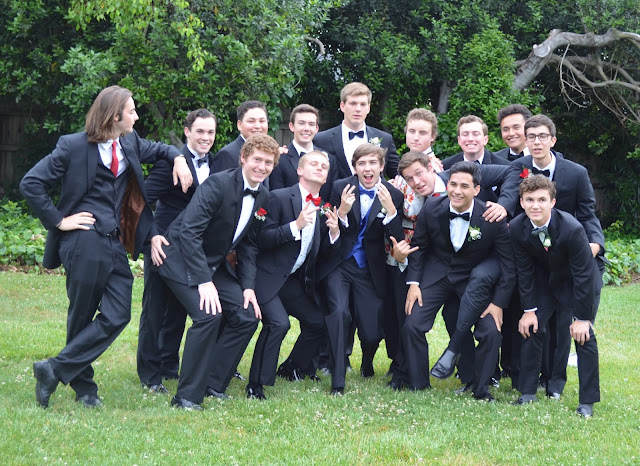 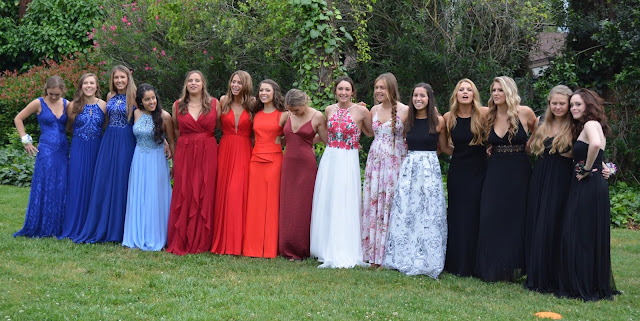 Sharon and I finished the night with dinner at Cafe Bernardo. The Kaesers (Greg, wife and oldest daughter, Amanda) joined us. Sharon went to grammar school at St. Marys with Greg. Their daughter Meredith was Carter's date for the prom.
By Heringer at 5/06/2016 11:59:00 PM