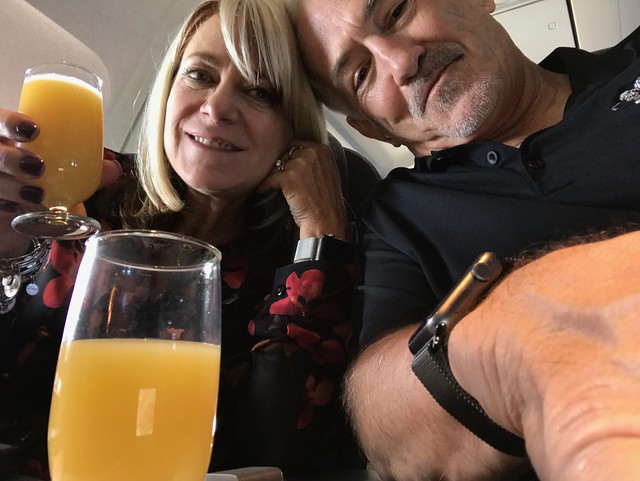 Up about 4:30 am, Sharon and I had her nephew Eric take us to the airport. We caught a United 7:45 am flight from Sacramento to Dulles. This was followed by a 5:20 pm flight from Dulles to Burlington, Vermont. Using a bushel of airline miles, Sharon upgraded us to first class on both legs. It was very nice; I could get used to flying first class...

We hit the ground in Burlington just after 7:00 pm, collected our luggage and picked up a Hertz rental car. We are spending one night at the Courtyard Burlington Harbor.

Sharon made a late dinner reservation for the Hen of the Woods. After some oysters, we had small plates including Grilled Octopus (Sunchokes, Scallions, Ginger), Hen of the Woods Mushroom Toast (House Bacon, Poached Farm Egg) and Ox Tail.

After a quick nightcap at the bar at the Courtyard, I finished the night watching game five of the Yankees versus the Indians American League Championship Series. The Yankees won by the score of 3 to 2 and eliminated Indians.