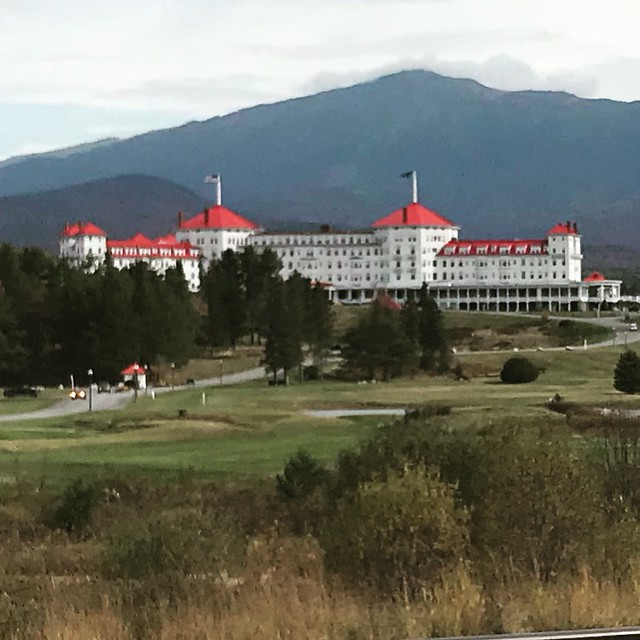 Up early, Sharon and I took off to hike the Crawford Path Trail. We hiked about 1.30 miles round trip in about an hour to Gibbs Falls and back.

Heading back to the hotel, we got cleaned up and packed up the room. Putting the luggage in the car, we had a buffet breakfast in the main dining room of the hotel. We spent almost exactly 48 hours at the hotel!

The plan for the day was to head South. We designed the vacation with about two hour jumps between stops. At breakfast, we decided to head to the Long Trail Brewery. This side trip took us about 30 minutes off Highway 91 through Woodstock, New Hampshire. Sharon really liked Woodstock; the Woodstock Inn and Resort is on the itinerary for a future trip.

From the Long Trail Brewery, we headed to Morgan and David's new house in Acworth. They bought a 19th century schoolhouse about two weeks ago. I really liked their new house. Sharon's brother Tom met up with us at Morgans. He will be traveling with us for the next two days.

After a brief stop, we headed to the Inn at Valley Farm. Tom, Sharon and I are spending one night here.

The three of us took off for an early dinner at Leslie's Tavern in Rockingham>. We met Morgan and David there for dinner. Sharon had Halibut, Tom and Morgan had lamb chops, David had surf and turf and I had salmon.

We had a very nice dinner that got sidetracked by some upsetting developments. Given that Morgan and I were together, we were able to piece together some puzzle pieces that had been bothering me since Saturday. This put a number of efforts in motion and put a damper on the evening... 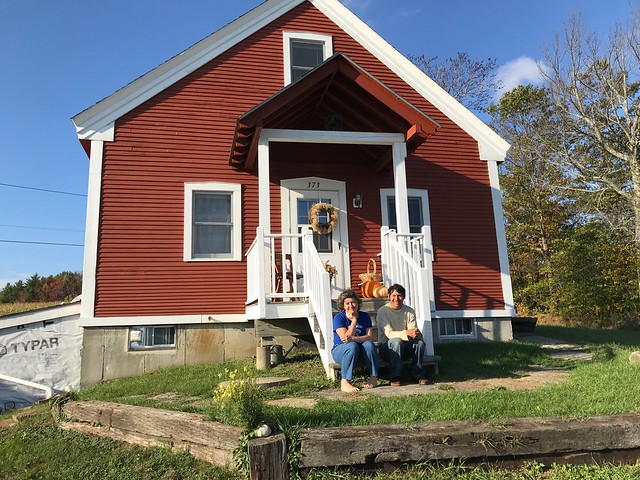