John was Sharon's brother Tom's neighbor and attended a number of functions over the last few years. 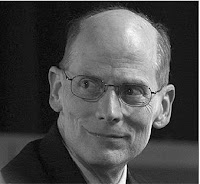 John Kevin Vincent passed away on March 30, 2018, Good Friday, at home surrounded by his loving family. He was born in Peoria, Illinois on 12-10-1953, and his family moved to San Bernardino, CA when he was 3 years old. John attended Holy Rosary School and Aquinas High School in San Bernardino. He graduated magna cum laude from the University of Notre Dame in 1976, and from the University of Notre Dame Law School in 1979. Following Law School, John clerked for two federal judges, and spent a few years in private practice. He joined the U.S. Attorney's Office for the Eastern District of CA in 1986, where he worked until his illness. He had a distinguished career, and received several awards during his tenure. He enjoyed his work, and the many life-long friends he made at the Sacramento office. John loved his family. He married Julie in 1991, and they have two children, Matt and Molly. John was a devout Catholic, and during the last year of his life, he and Julie made the pilgrimage to Lourdes, France. John will be forever remembered and missed by his family and friends. He was a humble and gentle man always there with a kind word and helping hand. He had a wonderful sense of humor, a ready laugh, a great smile, and was an incredible storyteller. In addition to Julie, Matt and Molly, John is survived by his brother Tom, sister Liz, and many nieces and nephews who dearly loved their Uncle John. He was predeceased by his beloved brother Art. A funeral will be held on April 14, 2018 at 11:00 a.m. at St. Ignatius Catholic Church. Donations may be made to a charity of choice.
By Heringer at 4/11/2018 11:59:00 PM