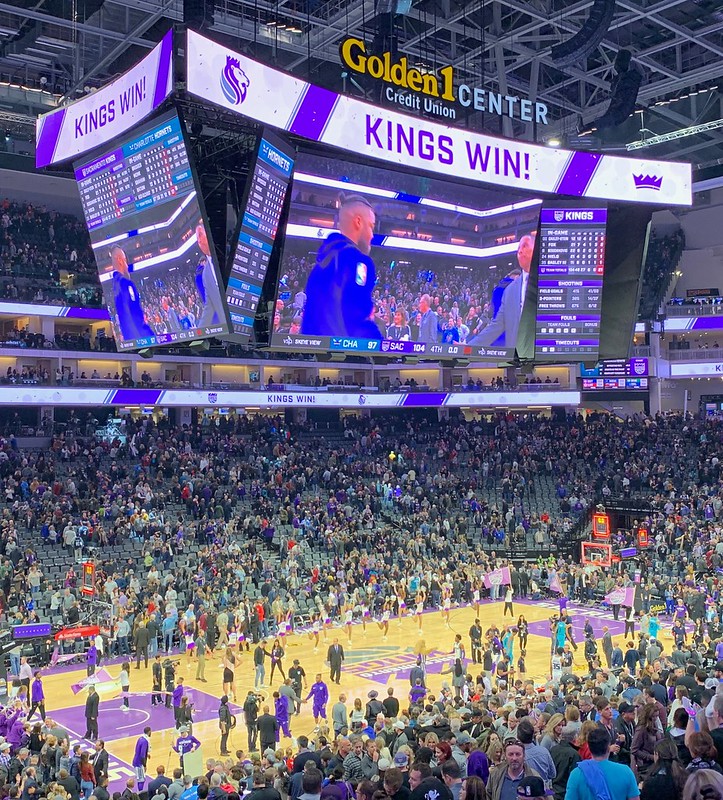 Larkin and I went to the Sacramento Kings versus Charlotte Hornets NBA game. Trailing at half-time by the score of 59 to 57, the Kings made a nice run at the end of the third quarter to lead by six points. They held on in the fourth quarter to win by the score of 104 to 97.

Borden Bogdanovic was the leading scorer for the Kings. He had 22 points on 9 for 17 from the field, 4 for 7 from three and 0 for 0 from the free throw line. De'Aaron Fox and Buddy Hield each added 21 points.

Kemba Walker was the leader scorer for the Hornets. He had 31 points on 11 for 24 from the field, 3 for 12 from three and 6 for 8 from the free throw line. Tony Parker is on the Hornets this season, but was given the night off.

The Kings are a fun team to watch this year. The Kings now have 4 wins and 2 losses in games that I have seen in person during the 2018-2019 season.

Larkin and I had dinner at Tequila Museo Mayahuel before the game. Sharon and I had dinner there in 2016. I was amazed at how many people were on K Street before and after the game. Putting the arena downtown is one of the best things that has happened in Sacramento!