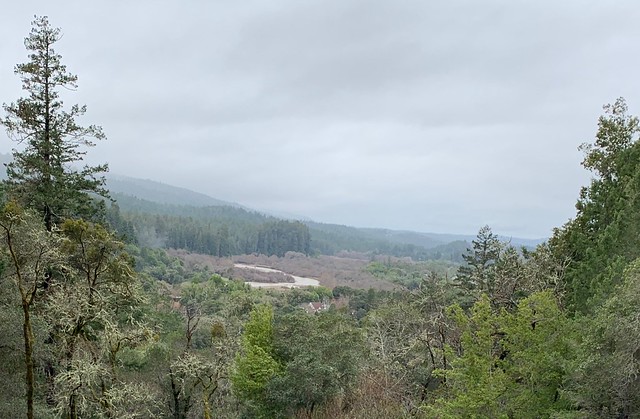 The Sanborns rolled up to our house in Carmichael a little after 8:00 am. We loaded up Phil's truck and were on the road just before 8:30 am.

As a change of pace, we decided to go to the coast through the Anderson Valley. This added more than an hour to the trip, but gave us a chance to explore some new wineries. Our first stop was Pennyroyal Farm. We did a wine tasting paired with a small cheese tasting.

We continued up Highway 128 and stopped at Toulouse Vineyards. I enjoyed both of the stops. They were much more causal and relaxed than wine tasting in Napa. Both places were very friendly.

From there, it was about another hour and a half to Gualala. We rolled into town about 3:40 pm and picked up the key.

The four of us are spending three nights at Seascape. We have never stayed at this house before. It is located at the end of Wild Boor Reach. This is probably the closest we have ever stayed to the ocean. As a separate project, I need to make a map of all the houses that we have stayed in Sea Ranch!

We finished the night with a late dinner. Marlene made a great lasagna. Somewhat uncharacteristically, everyone crashed very early...
By Heringer at 1/18/2019 11:59:00 PM