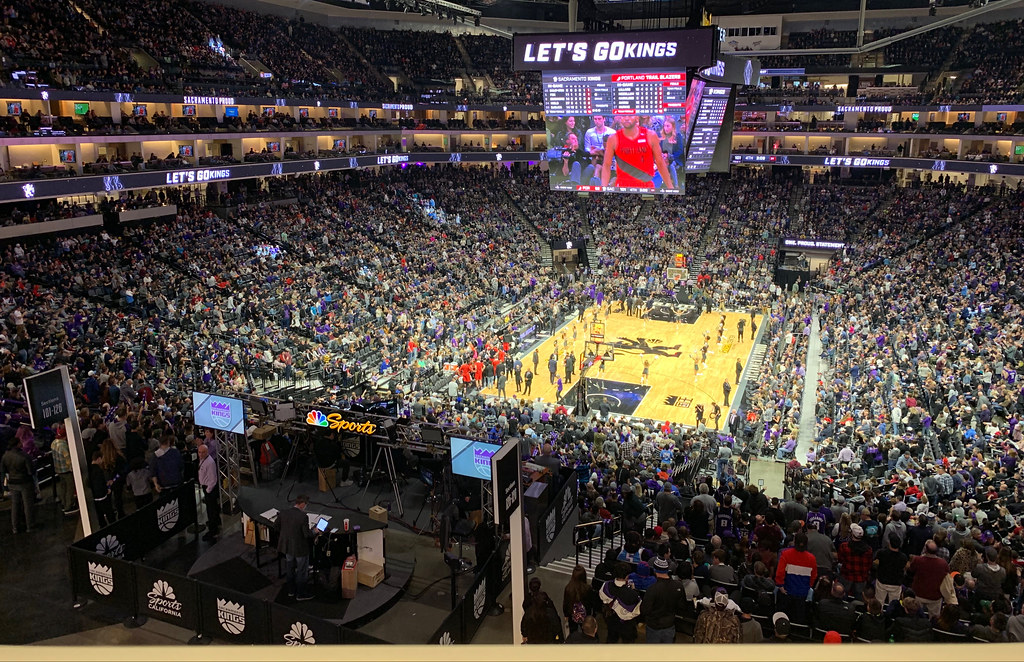 Sharon, Jack, Jason and I went to the Sacramento Kings versus Portland Trailblazers NBA game. Sharon gave Jack the tickets for this game for Christmas [section 104, row Q, seats 16, 17 and 18].

I had a ticket for my work's balcony seats; I sat in these seats once last year. The seats include a hosted bar and food service. The food service included a series of small plates each quarter. The group from work included Bill and Ed from my teams and Heather and David from Sean's teams.

Trailing by ten points for most of the game, the Kings pulled ahead in the fourth quarter. The Kings then went cold; they were 1 for 17 in the end of the fourth quarter and the overtime. The Kings lost the game in overtime by the score of 113 to 108. It was a very disappointing loss...

Buddy Held was the leading scorer for the Kings with 27 points. Held was 11 for 23 from the field, 5 for 8 from three and had no free throws! The Kings only got to the free throw line 12 times compared to 30 times for the Trailblazers.

Damian Lillard was the leading scorer for the Trailblazers with 25 points. Lillard was 8 for 21 from the field, 1 for 9 from three and 8 for 8 from the free throw line. Jusuf Nurkic had a career night for Portland with 24 points, 23 rebounds, 5 blocks and 5 steals.