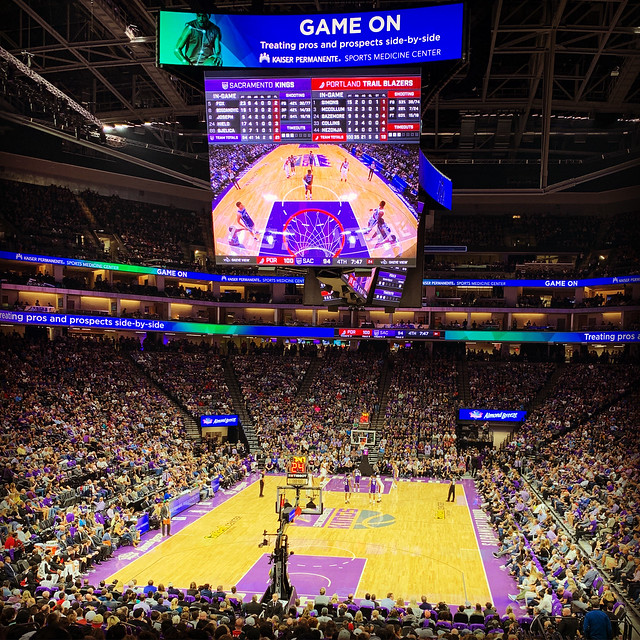 After dinner at Foundation, Larkin and I went to the Sacramento Kings versus Portland Trail Blazers NBA game. This marks the thirty-fifth year that the Kings have been in Sacramento. I think that Larkin and I have been to Kings game together in almost every one of those seasons.

With the score tied 57 to 57 at halftime, the Trail Blazers scored 10 unanswered points. The Kings never really got back into the game and lost by the score of 122 to 112. With 2:34 left in the game, Walton pulled all of the starters?!?

Damian Lillard was the leading scorer for the Trail Blazers. He had 35 points on 12 for 20 from the field, 3 for 7 from three and 8 for 8 from the free throw line.

Both coaches used their challenges. The Kings lost a challenge on offensive basket inference call, while the Trail Blazers won a challenge on an offense foul called as Fox was driving to the basket.

It was a very disappointing game. I am flummoxed by the inconsistent foul calls and Walton's substitution patterns. More on my thoughts about the outlook for the season in a future post.

Hunter and Yuli were at the game. I wandered down and talked to Hunter briefly at halftime. The Sanborns were also at the game; I texted Marlene and was able to get their attention.