In the Matter of Scott Daniel Warren

After dinner at Bella Bru, Sharon and I went to the Jesuit Drama opening night gala and performance of In the Matter of Scott Daniel Warren {or, Scenes and Fragments from a Play about the Desert}. On January 17, 2018, Scott Warren, a volunteer with No More Deaths, was arrested and charged with a felony for harboring migrants after Border Patrol allegedly witnessed him giving food and water to two migrants in the west desert near Cabeza Prieta. 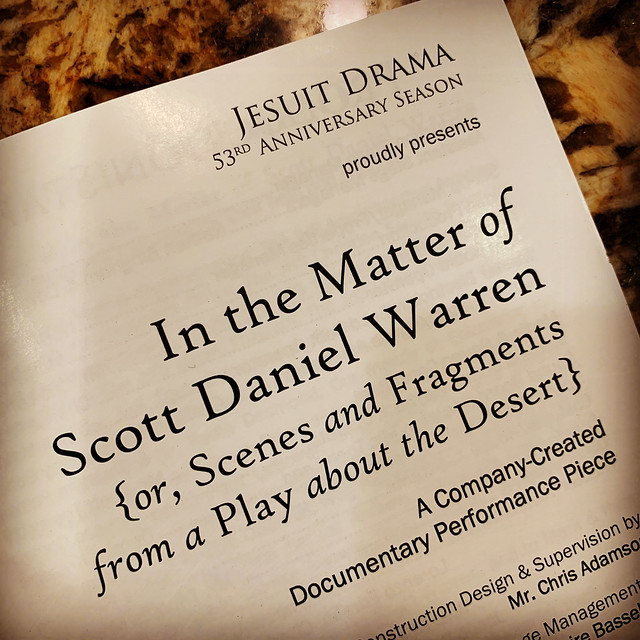