From late 1991 until the middle of 1999, I wore a full beard. Twice in the last six months (during the Florida trip and over Thanksgiving), I started to grow the beard back out again.

An odd thing happened. As my facial hair has gotten grayer over the last five years, it has done so in a pattern. As my beard grew out, there was a distinct stripe on one side: dark above the stripe and grey below. It almost looked like the beard had been dyed that way. I did not like the effect and went back to just a goatee. 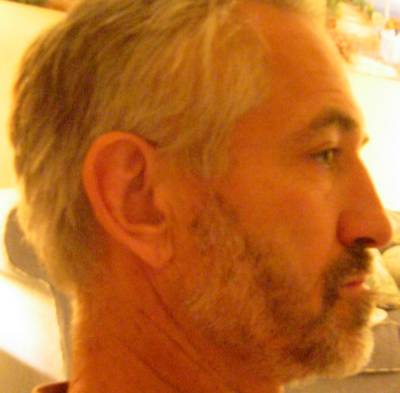