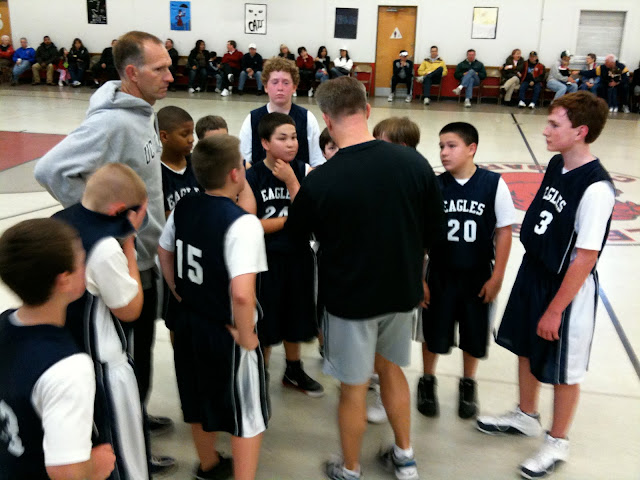 The St. ELizabeth Ann Seton Eagles played their fifth league game against the St. Patrick's Tigers. The Eagles played Tigers in the first round of the St. Charles Tournament in January. One of the players on the other team, Cooper, has played baseball with Jack over the last year and a half on the Gunners, LYB All-Stars and Outlaws. Additionally, Cooper's dad, Rod, is one of the assistant coaches for St. Patrick's.

I felt bad for Cooper. He was trying to carry the Tigers, but the Eagles size and depth (six different Eagles players scored 4 or more points) were just too much for his team. Jack actually blocked two of Cooper's shots in the first quarter.

The final score was SEAS 49, St. Patrick's 16. The score box is here and the season game log is here.