When Larkin and I were in Carson City for Rod's golf tournament, I wandered around the downtown one morning after breakfast looking for waymarks, including a pony express stop, the state capitol and the United States Mint. 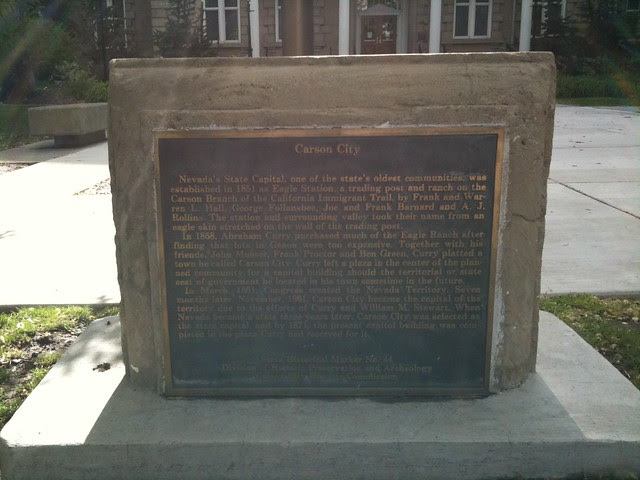 Nevada's State Capitol, one of the state's oldest communities, was established in 1851 as Eagle Station, a trading post and ranch on the Carson branch of the California Immigrant Trail, by Frank and Warren L. Hall, George Follansbee, Joe and Frank Bernard and A.J. Rollins. The station and surrounding valley took their name from an eagle skin stretched on the wall of the trading post.

In 1858, Abraham Curry purchased much of the Eagle Ranch after finding that lots in Genoa were too expensive. Together with his friends, John Musser, Frank Proctor and Ben Green, Curry platted a town he called Carson City. Curry left a plaza in the center of the planned community for a capitol building should the territorial or state seat of government be located in his town sometime in the future.

In March, 1861, Congress created the Nevada Territory. Seven months later, November, 1861, Carson City became the capitol of the territory due to the efforts of Curry and William M. Stewart. When Nevada became a state three years later, Carson City was selected as the state capitol, and by 1871, the present capitol building was completed in the plaza Curry had reserved for it. 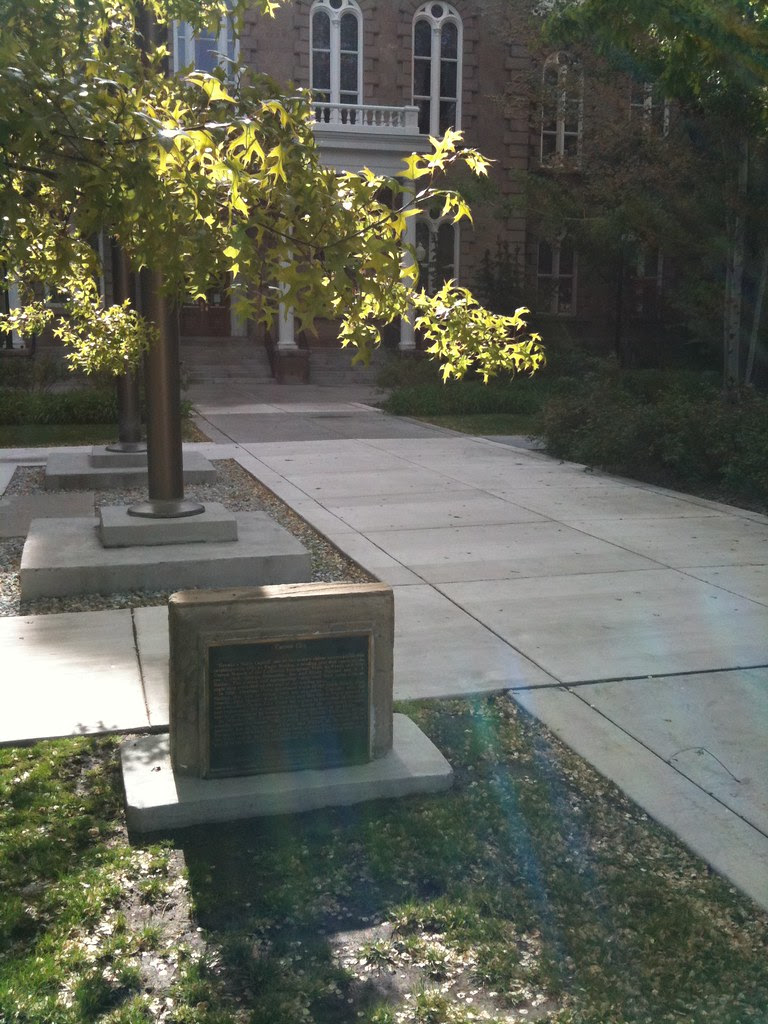