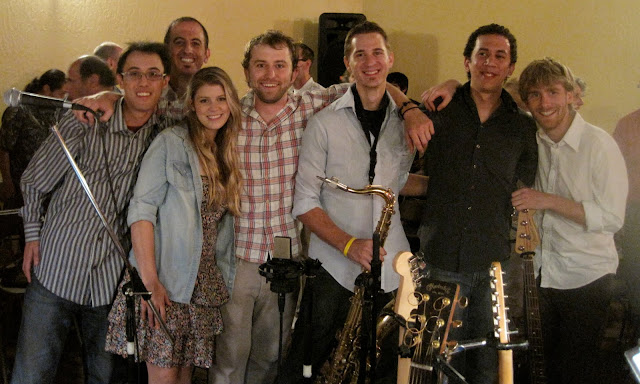 After a long satisfying day of baseball on Saturday, I met Sharon and Janie at the Fusion Yoga Studio in Sacramento for the Under California Skies CD release show. The Andrew Heringer Band played a set that focused on songs from the new CD. It was a wonderful show.

With Drew and Marlana moving to Southern California in October to focus on the Milo Greene Project, I wonder when and if we will ever see this configuration of the Andrew Heringer Band again in the near future. 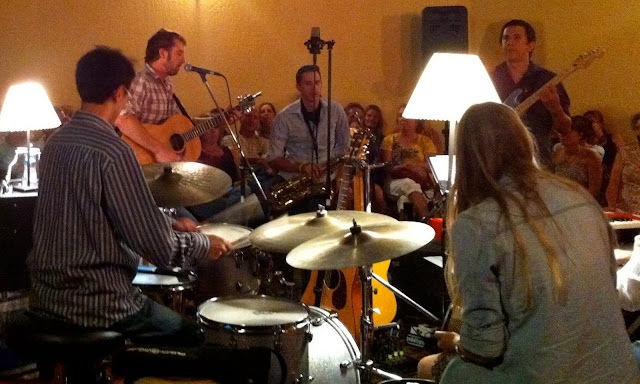 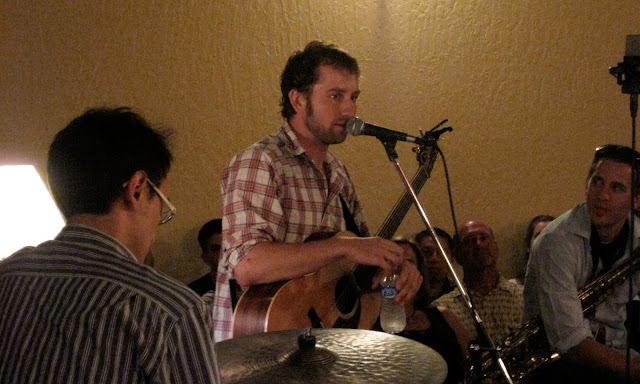