We were able to get everyone out of the kitchen and into the backyard before dinner for sangria and Spanish meats and cheese. Sharon made a great dinner including seafood paella and roast suckling pig. I will post the full menu in the next couple of days. 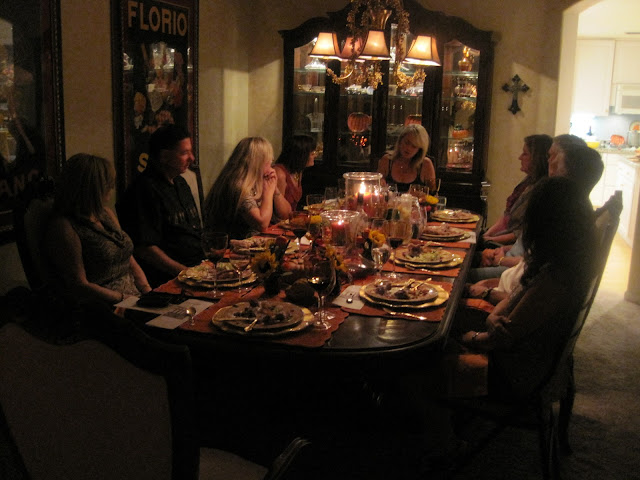 While we have gone very late in past years, this year turned out to be an earlier evening. With several people having commitments for early Sunday, the party wound down a little after 11:00 p.m.
By Heringer at 10/16/2010 11:59:00 PM