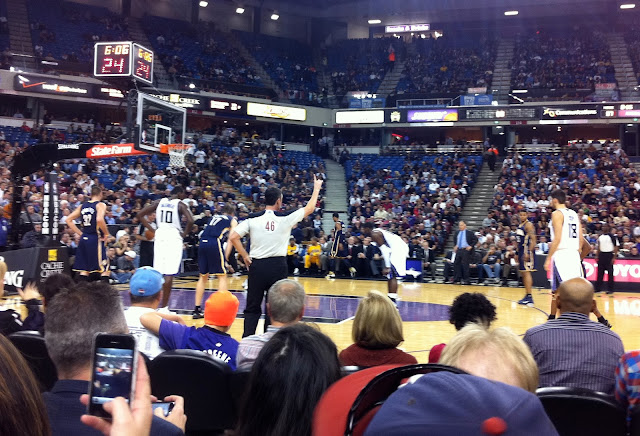 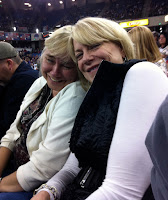 Liz, Sharon, Jack and I went to the Sacramento Kings versus Indiana Pacers NBA basketball game. Sharon got four tickets from work in section 103, row AA. Across from the visitors bench, the seats were only four rows from the court. While it was fun to sit that close, I felt like I could not see the game. It was hard to see over the people in front of us or get any perspective on the court.

Danny Granger scored a season high 37 points for the Pacers. He made 12 of 19 shots, 10 of 11 free throws and added seven rebounds, two assists, two steals and a block in 40 minutes.

Beno Udrih was the high scorer for the Kings. He scored 24 points on 9 for 12 from the field, 2 for 3 from three point range and 4 for 5 from the free throw line.

DeMarus Cousins scored a career high 20 points in 23 minutes. He was 9 for 16 from the field, 0 for 1 from three point range and 2 for 4 from the free throw line.

The Kings have now dropped five straight and 10 of their last 11 games. They have 2 wins and 8 losses at home. The Kings have 1 win and 3 losses in games that I have seen in person this season.