Kurt and I went to the Sacramento Kings versus Toronto Raptors NBA basketball game. Trailing by 10 to 15 points for three quarters of the game, the Kings rallied at the beginning of the fourth quarter and won the game by the score of 111 to 108. We went to the Arco Arena early and watched game 6 of the Giants versus Rangers World Series game on the big screen. 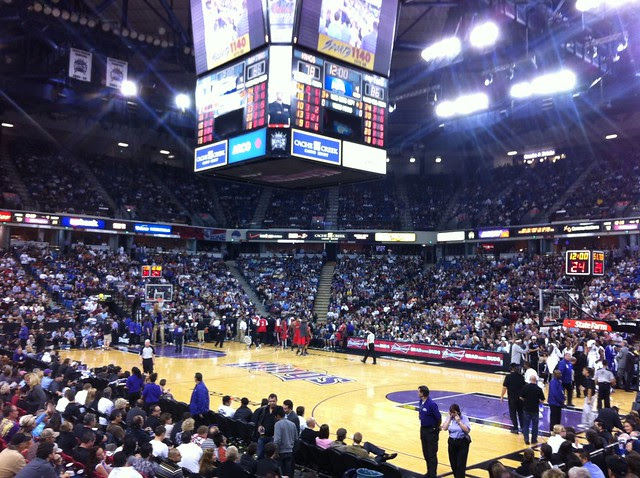 Raptors center Andrea Bargnani had 28 points on 10 for 17 from the field, 3 for 6 from three and 5 for 5 from the free throw line. The Kings did a terrible job covering Barganani away from the basket, leaving him open time after time. A Raptors player that I have never heard of, DeMar DeRozan, a rookie guard from USC, added 24 points on 7 for 12 from field. Addditionally, Reggie Evans had 19 rebounds for the Raptors!

Tyreke Evans got his rookie of the year award before the game. It was a nice crowd; the arena was essentially full. The crowd got loud in the fourth quarter as the Kings rallied.
By Heringer at 11/01/2010 11:59:00 PM