From June of 1982 to March of 2000, I lived in Shingle Springs. I would guess that I drove up and down Duroc Road hundreds of times. This Pony Express station marker was placed here on July 1, 2000 about three months after we moved to Elk Grove. 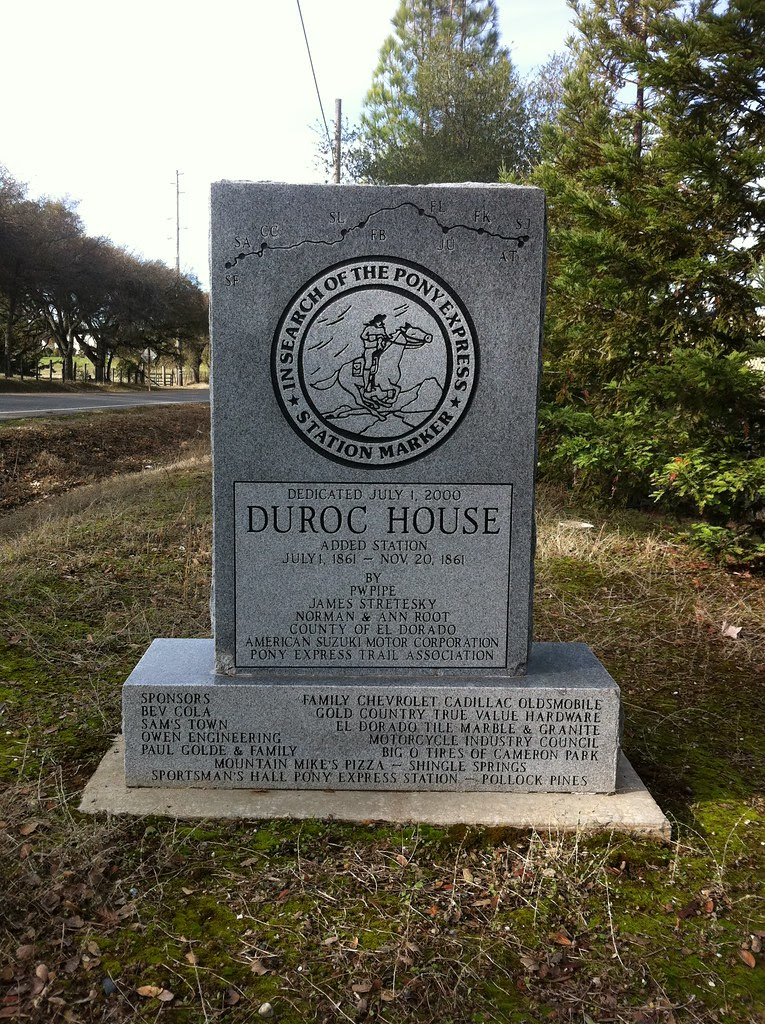 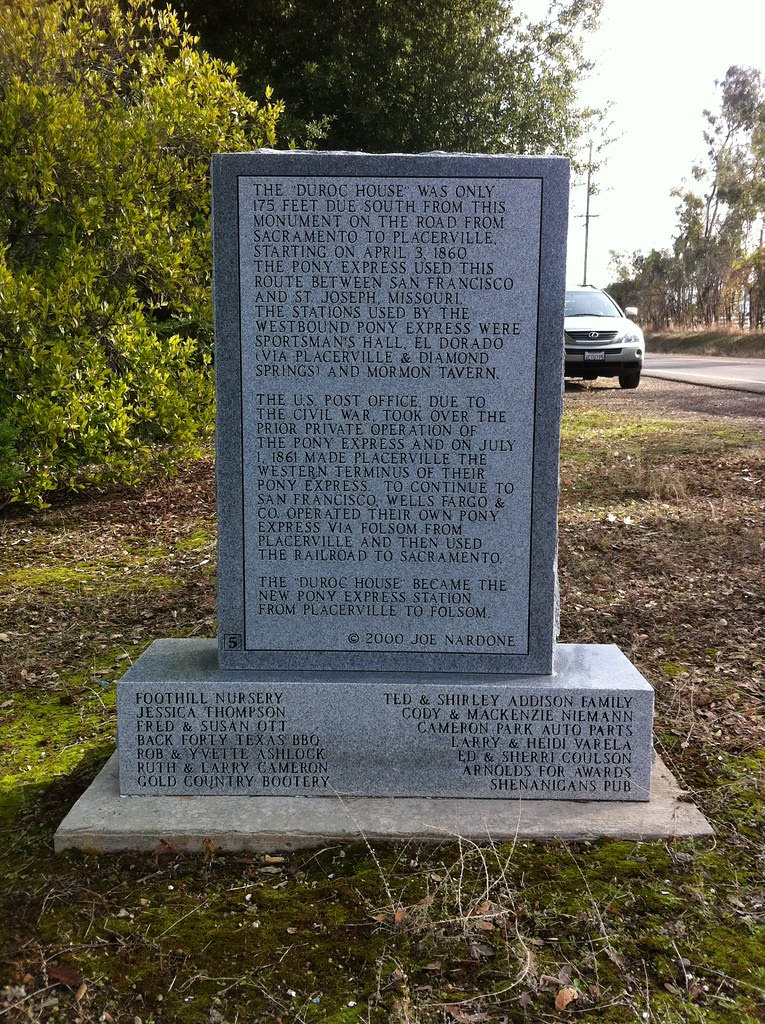 The "Duroc House" was only 175 feet due south from this monument on the road from Sacramento to Placerville. Starting on April 3, 1860 the Pony Express used this route between San Francisco and St. Joseph, Missouri. The stations used by the westbound Pony Express were Sportsman's Hall, El Dorado (via Placerville & Diamond Springs) and Mormon Tavern.

The U.S. Post Office, due to the Civil War, took over the prior private operation of the Pony Express and on July 1, 1861 made Placerville the western terminus of their Pony Express. To continue to San Francisco, Wells Fargo & Co. operated their own Pony Express via Folsom from Placerville and then used the railroad to Sacramento.

The "Duroc House" became the new Pony Express station from Placerville to Folsom. 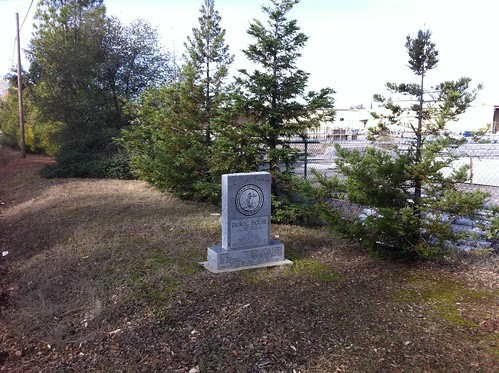