In 1887 the State of California purchased the site for a monument to commemorate James Marshall. The figure of Marshall atop the monument is pointing to the place of discovery on the South Fork of the American River. 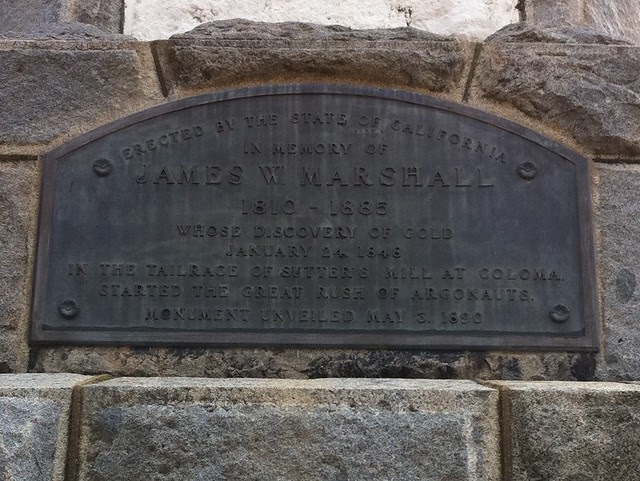 Erected by the State of California
In Memory of James W. Marshall
1810-1885
whose discovery of gold
January 24, 1848
in the tailrace of Sutter's Mill at Coloma
started the great rush of Argonauts.
Monument unveiled May 3, 1890. 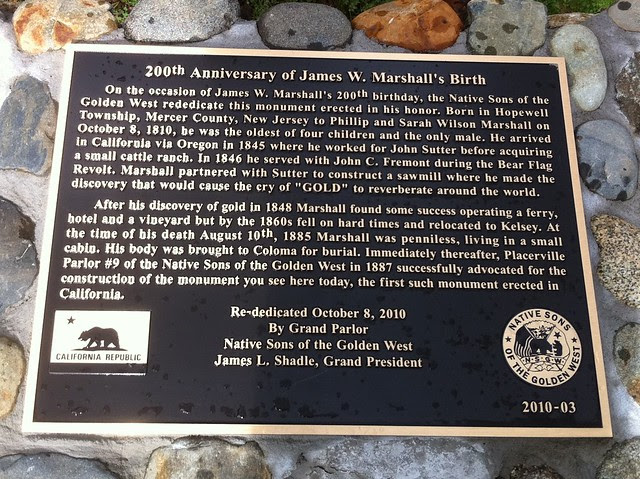 On the occasion of James W. Marshall 200th birthday, the Native Sons of the Golden West rededicate this monument erected in his honor. Born in Hopewell Township, Mercer County, New Jersey to Phillip and Sarah Wilson Marshall on October 8, 1810, he was the oldest of jour children and only male. He arrived in California via Oregon in 1845 where he worked for John Sutter before acquiring a small cattle ranch. In 1846 he served with John C. Fremont during the Bear Flag Revolt. Marshall partnered with Sutter to construct a sawmill where he made the discovery that would cause the cry of "GOLD" to reverberate around the world.

After his discovery of gold in 1848 Marshall found some success operating a ferry, hotel and vineyard but by the 1860s fell on hard times and relocated to Kelsey. At the time of his death August 10th, 1885 Marshall was penniless, living in a small cabin. His body was brought to Coloma for burial. Immediately thereafter, Placerville Parlor #9 of the Native Sons of the Golden West in 1887 successfully advocated for the construction of the monument you see here today, the first such monument erected in California. 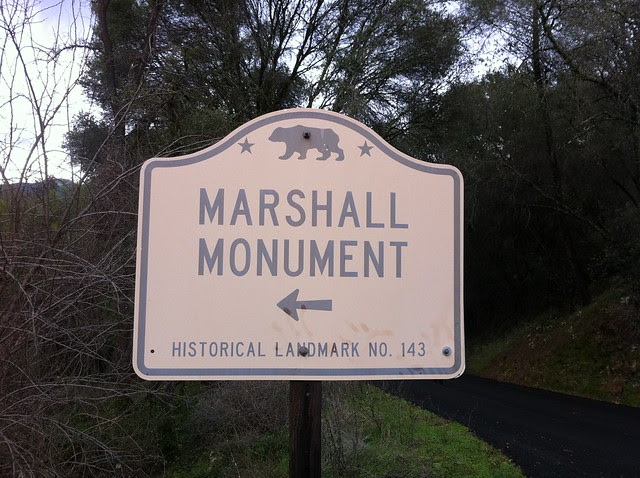 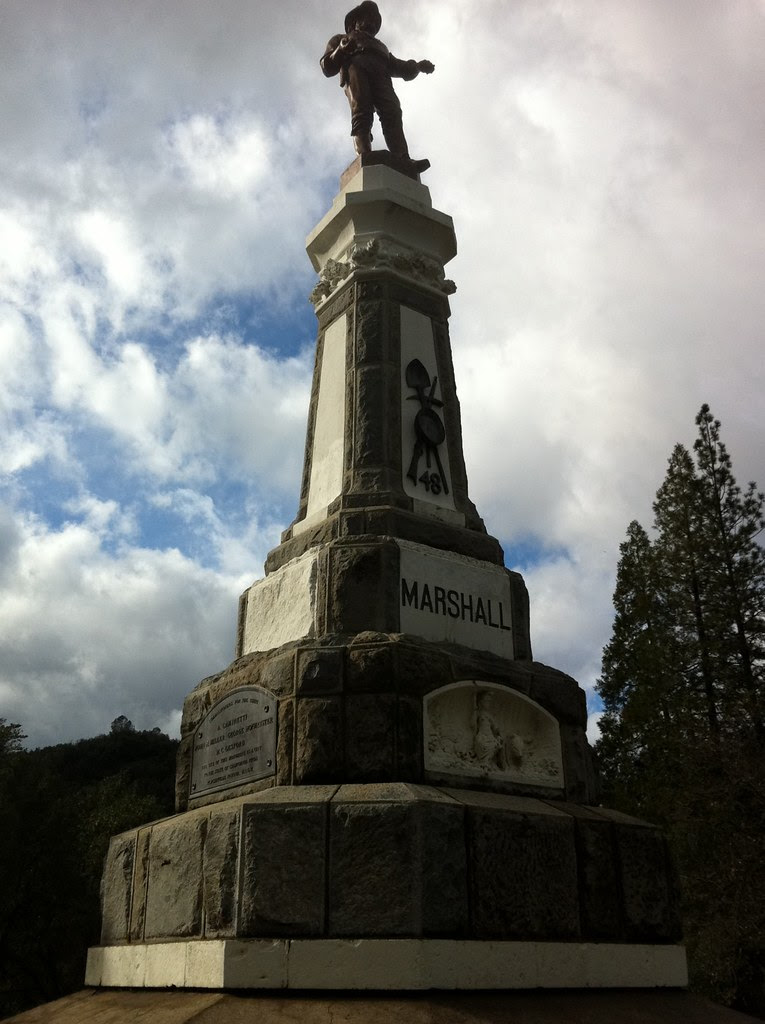