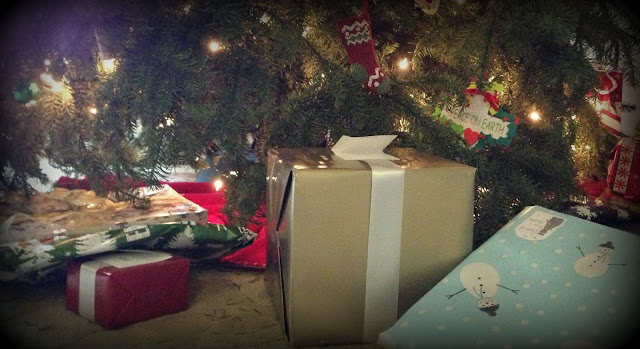 The three of us had a very nice Christmas morning opening presents around the tree. We had a lazy breakfast of french toast.

In the early afternoon, we went out for a movie on Christmas Day for the fourth year in a row. We went with Tom and Kevin to see The Hobbit - An Unexpected Journey at the Century 14. Sharon didn't like the film; she found it repetitious and slow. The movie was almost three hours long. While I liked it more, I have to agree with one of the reviews that I read that the film is bloated.