This is great picture. Tomasin played rugby on Saturday with his two sons and his nephew in a tournament in Chico. David played break (6), Mikey played scrum half (9), Tomasin played fly half (10) and Stephen played wing (14). 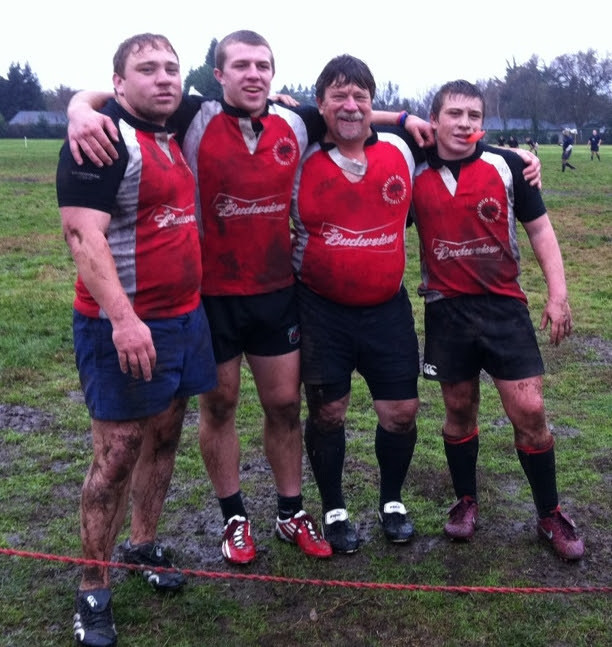