We spent most of the day getting the house cleaned and the food prepared for Christmas Eve. In the early afternoon, the three of us met Tom, Becky and Kevin at St. Ignatius for 4:00 p.m. Christmas Mass. I was surprised to run into the Wackmans. 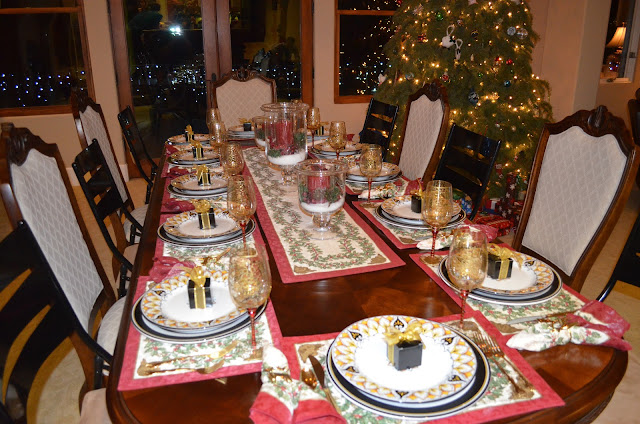 After Mass, we rushed home. For the second straight year, we hosted Christmas Eve. The group included Tom, Becky, Kevin, Tim, Kathy, Eileen, Erin, Erin's Boyfriend Dylan and Jim Dunn. Of the traditional group, only Eric was missing; he is in China. Sharon made a great dinner of short ribs, celery root mash potatoes and green beans. Tom bought a cheese cake for desert. 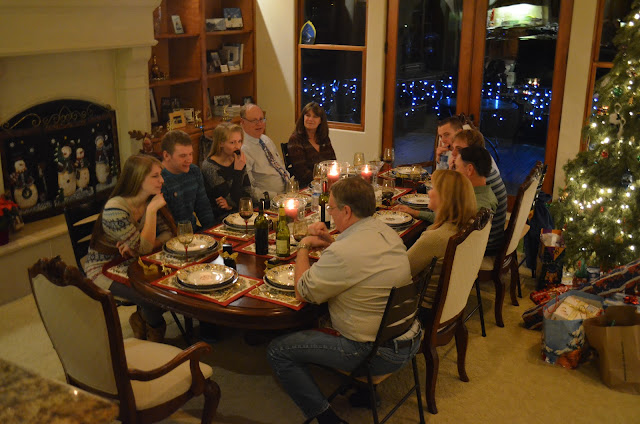 After dinner, we exchanged gifts. There was nothing quite as exciting as the 4 1/2 foot sword that Tom came Jack last night. Highlights included a Notre Dame flag and banner for Jack from the Toms.

The evening seemed to run later than usual. Even without starting to get the house cleaned up, it was after midnight before I got to bed.
at December 24, 2012