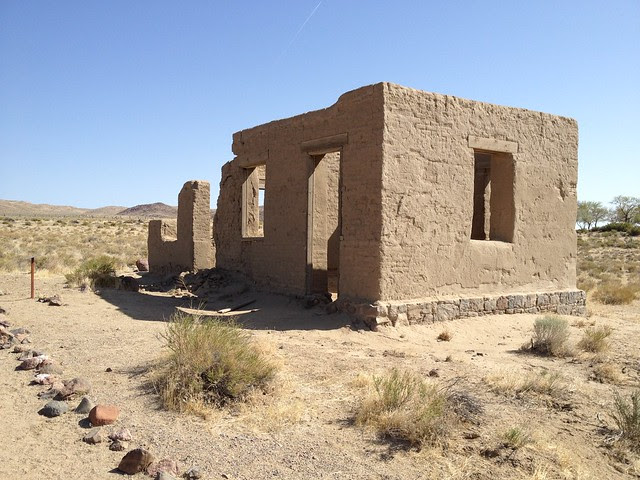 Indian raids and the interruption of Pony Express mail service spurred the construction of Fort Churchill on the banks of the Carson River. Captain Joseph Stewart and his men began building the fort on July 20, 1860, as a permanent installation, consisting of adobe buildings erected on stone foundations. This fort housed the Pony Express station in its headquarters building, which is still standing. When Richard Burton arrived on October 19, 1860, he gave it a positive review and named Captain F. F. Flint as the commander. 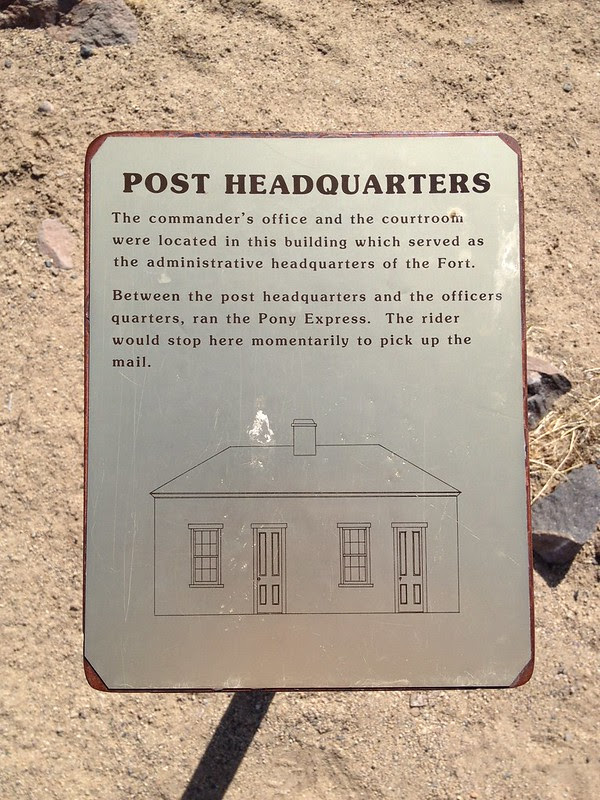 Post Headquarters
The commander's office and courtroom were located in this building which served as the administrative headquarters of the fort.

Between the post headquarters and the officers quarters ran the Pony Express. The rider would stop here momentarily to pick up mail.
Posted by Heringer at 12/04/2012 11:59:00 PM