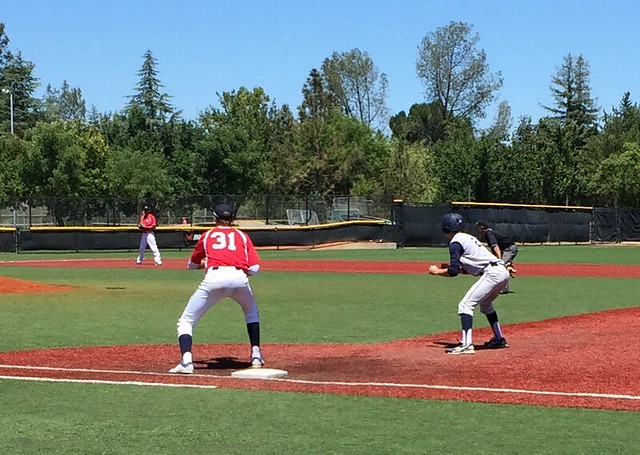 The coaches have been using Jack a lot as a courtesy runner. In an odd statistic, Jack is tied for the team lead with five runs scored in only four at-bats...

In the field, Jack played three innings in right field. He had one put-out.

Behind a strong pitching performance by Gregory, the Elite won the game by the score of 3 to 2. It got interesting in the bottom of the seventh. After striking out the first batter, Kane walked and then hit a batter. With runners on first and second and one out, Rossitto came in and got the last two outs. The scorecard is here.

For the summer season, the Elite have a record of 2 win and 4 losses. The game log is here.

The Elite are scheduled to play in the Zoots tournament in the bay area next weekend.