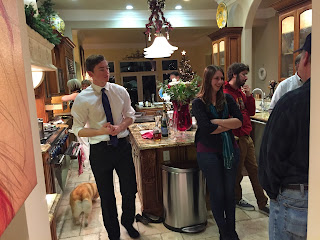 Jack and I went to the 4 pm Christmas Eve Mass at St. Ignatuis. We got there about 3:30 pm and the place was already filling up. Tom, Eric and Sharon rolled up just before Mass started. We wedged the five of us into the space that Jack and I had been saving... While I probably shouldn't be, I was surprised at how many people were packed into the church.

After Mass, we rushed home. For the fourth time in the last five years, we hosted Christmas Eve. At seventeen, I think that it is the biggest group we have ever hosted. It included Sharon's brother Tom, Eric, Kevin, Leah, Lydia, Jim Dunn, Sharon's brother Tim, Kathy, Eileen, Will, Erin, Dillon, Leah parent's Terry and Steve, Sharon, Jack and I. It was interesting to add a baby to the mix.

Sharon made a great dinner of individual beef wellingtons and squash. Leah contributed a green bean casserole. The Tims brought some bundt cakes for desert.

After dinner, we exchanged gifts. Eric gave bobbleheads as gifts, including Pope Francis to his dad, Winston Churchill to me and Napoleon to Sharon. 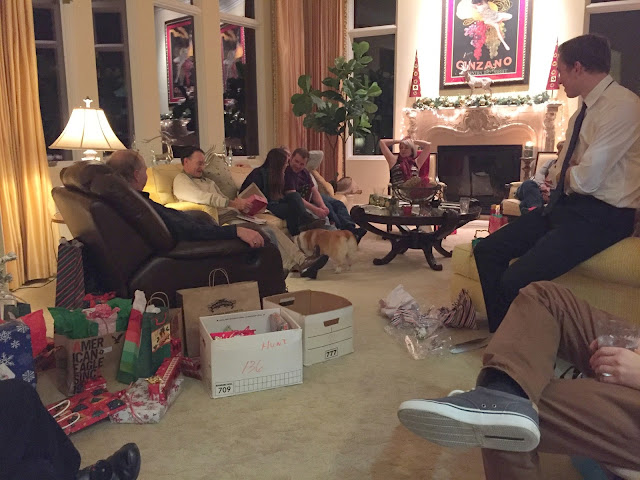