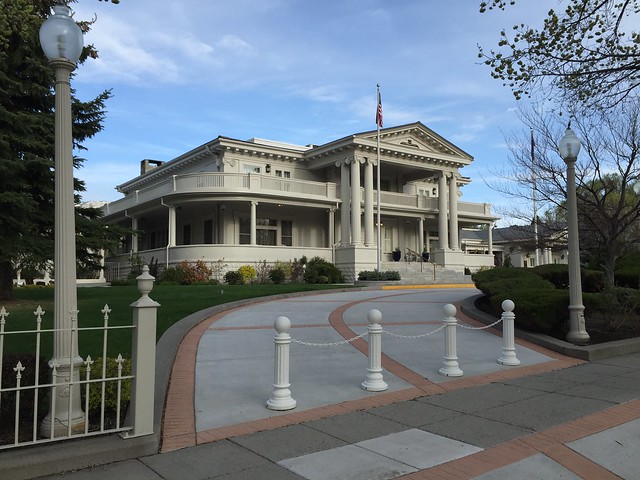 Up early, Larkin and I got packed up. We used our coupon to get breakfast for the second straight day at the small counter in the casino. Unlike Saturday morning, it was empty...

I pulled away from the hotel a little after 7:30 am. I spent some time tracking down half a dozen Nevada Historical markers on the west side of Carson City, including the Governor's Mansion.

I was on 395 northbound before 8 am and got home about 10:15 am. The early Sunday morning traffic on westbound 80 was very light and the weather was clear.

I enjoyed the trip. I was great to have a chance to spend some time with Larkin.

Next year, Rod is talking about moving the site to the Carson Valley Inn in Minden. She-Who-Must-Not-Be-Named and I spent a weekend there in 1992(?). Larkin had recommended the suites there... It would be nice to get back to a venue where the group would have a hospitality suite.
By Heringer at 4/24/2016 11:59:00 PM