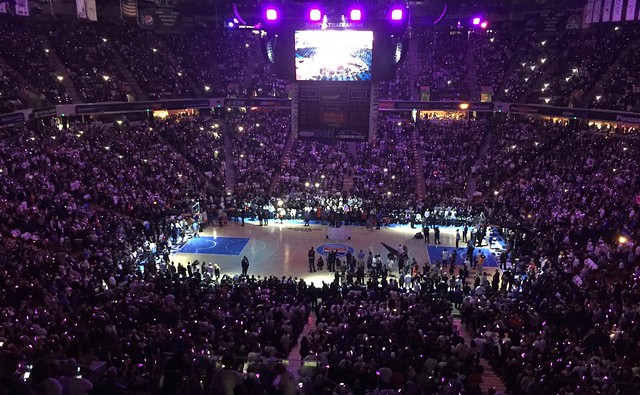 With Jack dropping me off, Larkin and I went to the last game at Sleep Train [Arco] Arena. We met Snipes in the Fan Zone outside the arena before the game. Hunter eventually wandered up. Getting to the parking lot about an hour and a half before the game, I was amazed at the number of people that were tailgating.

The Sacramento Kings played the Oklahoma City Thunder. With the score close for most of the game, the Kings held on to win by the score of 114 to 112.

Darren Collison led the Kings with 27 points on 10 for 16 from the field, 4 for 6 from three point range and 3 for 3 from the free throw line. Collison added eight assists. Seth Curry made a career-high six 3-pointers and scored 20 points. DeMarcus Cousins fouled out with 3:26 remaining; he missed 17 of 24 shots.

Kevin Duran was the high scorer for the Thunder. He had 31 points on 11 for 29 from the field, 4 for 12 from three point range and 5 for 6 from the free throw line. Duran added six rebounds and eight assists.

Larkin and I moved down and sat behind Snipes and Hunter in the 4th quarter. After the game, Snipes, Hunter and I headed up to the Skyline Lounge. I got a ride downtown with Hunter where Jack scooped me up and took me home.

It was great to have an opportunity to have a chance to go to the last game at the arena!

The Kings haven't made the playoffs since Adelman was fired after the 2005-06 season. Adelman guided the Kings to a winning record in his eight seasons and the team hasn't had a winning record since. 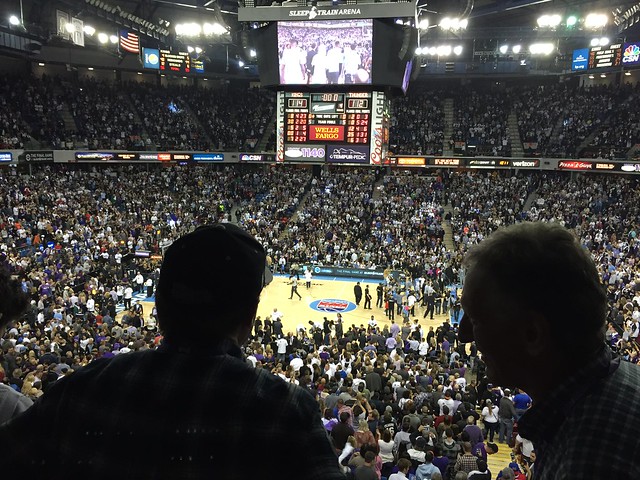