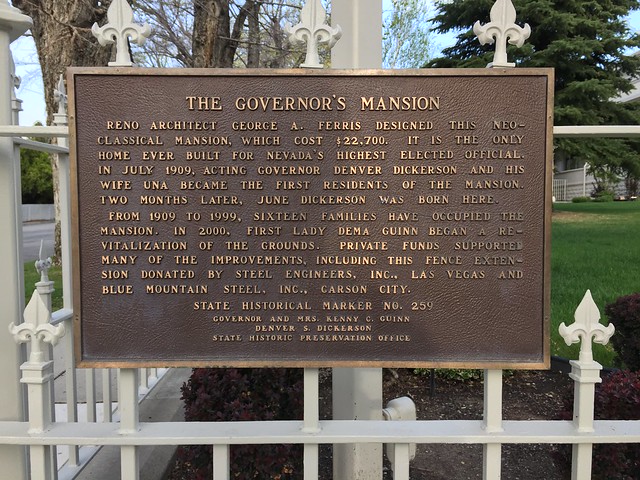 Reno architect George A. Ferris designed this neo-classical mansion, which cost $22,700. It is the only home ever built for Nevada's highest elected official. In July 1909, Acting Governor Denver Dickerson and his wife Una became the first residents of the mansion. Two months later, June Dickerson was born here.

From 1909 to 1999, sixteen families have occupied the Mansion. In 2000, First Lady Dema Guinn began a revitalization of the grounds. Private funds supported many of the improvements, including this fence extension donated by Steel Engineers, Inc., Las Vegas and Blue Mountain Steel, Inc., Carson City. 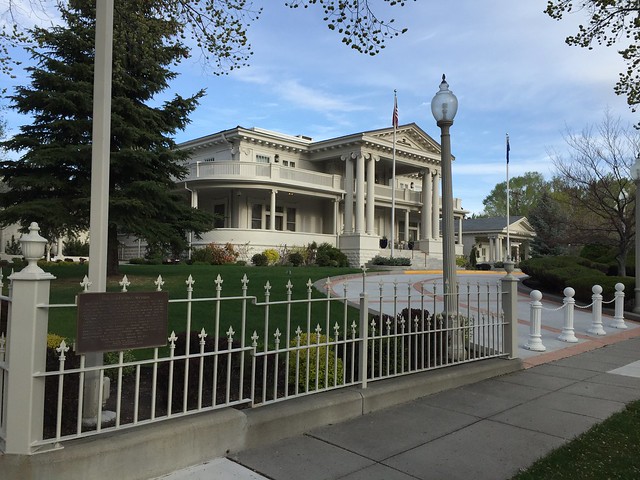