The last time that Sharon and I saw Anthony and Anne Marie was at the Milo Greene performance at Harlow's. 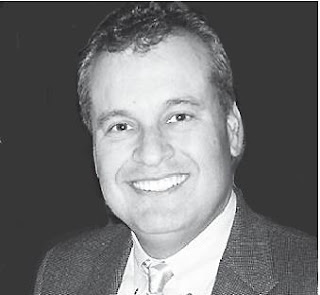 Anthony Reynoso Santana, 53, passed away on November 27th after a valiant seven month battle with renal cell carcinoma. His wife, Ann Marie was at his side. Anthony was born on May 16, 1963, in Guadalupe, California to Julio and Juanita Santana. Anthony had a curious nature and a sharp mind and knew that a good education would serve him well. He excelled in academics and after graduating from Righetti High School, he attended Allan Hancock Jr College where he met the love of his life, Ann Marie Valley. From there he transferred to Cal Poly San Luis Obispo and graduated in 1987 with a degree in biochemistry. They married in 1987 and sons Connor and Dylan joined the family in 1992 and 1995 respectively. Anthony was an avid tennis player when he wasn't working as a sales representative for Abiomed. A consummate medical professional, Anthony thrived on the challenges of the medical profession and those who dedicated their lives to improving the lives of others. He also never met a stranger he could talk to anyone; and did! Anthony wanted to share his success by encouraging others from his hometown to excel and strive for a better life. He was active with the Bajaras Foundation founded by his childhood friend Jaime Barajas. This nonprofit addresses the social and economic needs of low income students and families in Anthony's home town of Guadalupe. In lieu of flowers please consider a donation in his name to this cause that was near and dear to Anthony's heart. www.barajasfoundation.net Anthony is survived by his mother, Juanita and siblings Julio (Lisa), Sylvia and Martha. He was predeceased by his father, Julio in 2012. A rosary will be said on Tuesday, December 6th at 6:00 pm followed immediately by a memorial service at George L. Klumpp Funeral Home, 2691 Riverside Blvd, Sacramento. On Wednesday, December 7th a Mass is planned for 10:00 am at St. Joseph's Catholic Church, 3289 South River Road in Clarksburg; followed by a graveside service at Franklin Cemetery in Elk Grove. A reception follows at St. Joseph's Catholic Church. Ann Marie and her family wish to thank Dr. Zachary Holt, the UC Davis Cancer Center and Anthony's employer Abiomed for their care and support.
By Heringer at 12/09/2016 05:00:00 AM