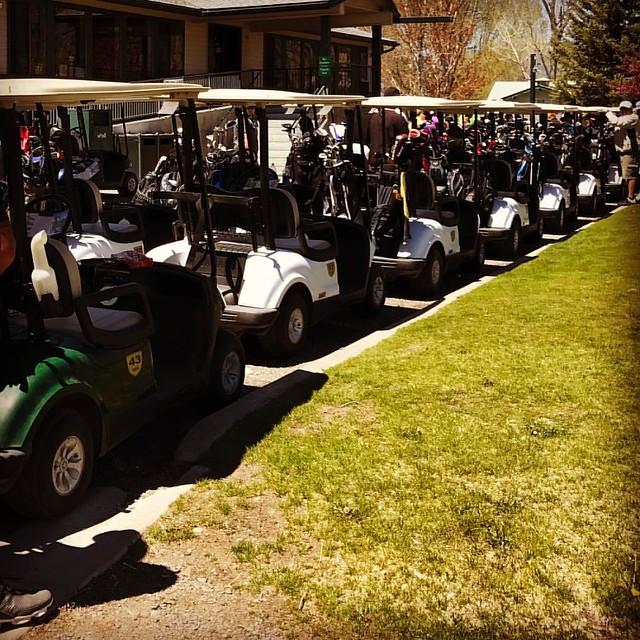 Up fairly early, Larkin and I had breakfast at Katie's Country Kitchen in the hotel. The package for the weekend included a $5.00 food voucher for use at the hotel. After breakfast, with me feeling a little slow, we lounged in the room.

The plan for the day was to play the Carson Valley Golf Course. Rod started with a chipping contest at 11:30 am. This was followed by a shotgun start at 1:00 pm. I feel like both events should have started a little earlier. The format for the day was a shamble.

Larkin and I played with David [played football at Cal?] and Bob. They were playing in the tournament for the first time. They both crushed the ball; they were consistently driving 280 to 300 yards off the tee. Even when Larkin hit a solid tee shot, he would be 20 to 30 yards behind them.

In spite of the advance of using the drives, I struggled around the greens. The greens were fairly small. I had trouble landing the ball on the green and then putting once I was on the green. Unlike Friday where I only three putted twice, I ended up three putting eight greens. In spite of all my struggles, I ended up with a 94.

Play was faster than Friday. We were done a little after 5:30 pm.

We ended back to the hotel and got cleaned up. The golf weekend included dinner on Saturday. We got to the banquet room just before they opened the door. There was a hosted bar from 7 pm to 8 pm with a buffet dinner at 7:45 pm. Our table at dinner included Kevin, Rick, Art, Colin, Larkin and I.

Before dinner, they shuffled the scorecards from the day and randomly assigned foursomes. Rod, Scott, Larkin and I ended up in a foursome. Our foursome ended up with the second lowest combined score for the day and we each won $20?!?

After dinner, Rod's brother Scott emceed. They require all of the first time attendees to get up and tell a joke. There were a lot of newbies this year.

After dinner, we wandered back to Rod's suite. Larkin wandered off at some point. We both crashed fairly early. Although I usually try to play some blackjack, I am just not interested in a table with a $10 minimum... 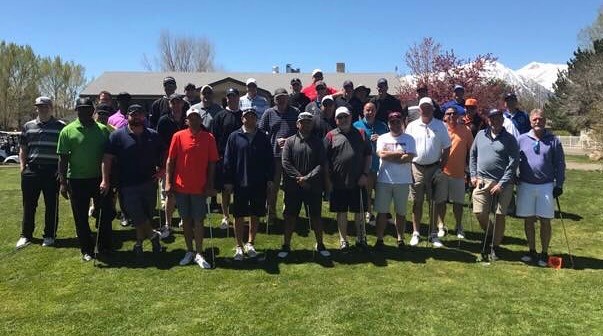