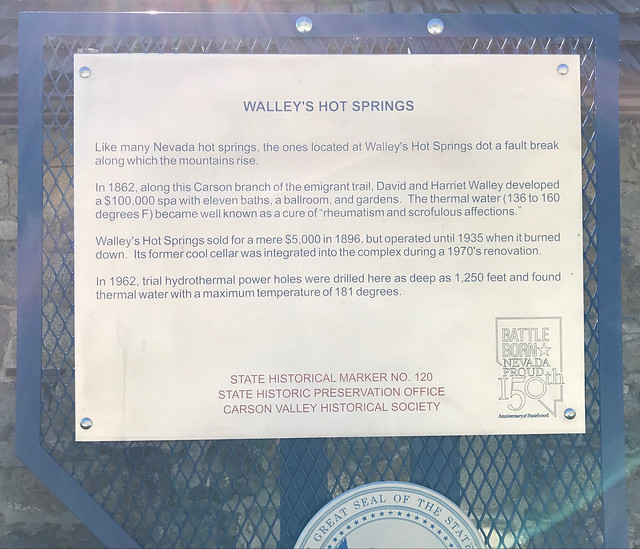 Like many Nevada hot springs, these dot a fault break along which the mountains rise.

In 1862, along this Carson branch of the Emigrant Trail, David and Harriet Walley developed a $100,000 spa with 11 baths, a ballroom, and gardens. The thermal waters 1136 to 160 degrees Fahrenheit became well known as a cure of "Rheumatism and Scrofulous affections. 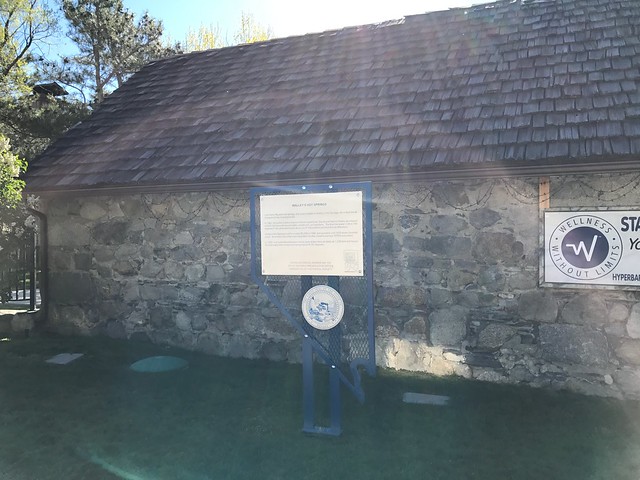