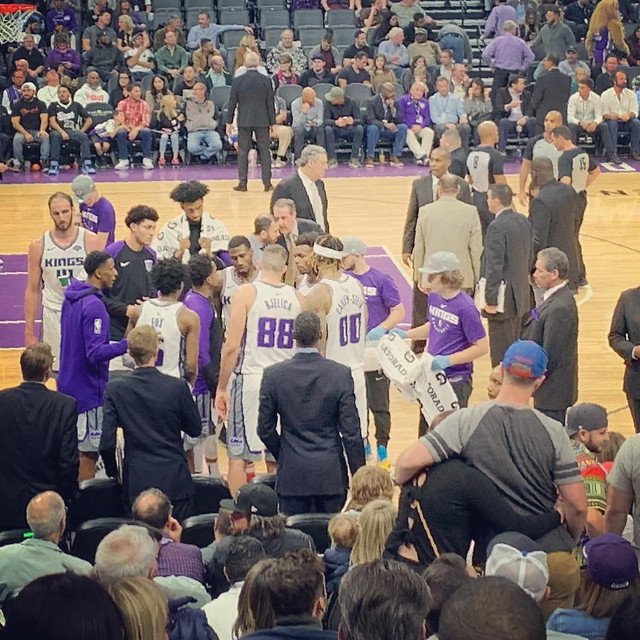 Larkin, Cindy, Sharon and I went to the Sacramento Kings versus Minnesota Timberwolves NBA game. We met at Il Fornaio for dinner before the game. I had a risotto dish with beef off the regional menu.

When we got your seats, the Timberwolves were leading by the score of 9 to 1. The Kings went on to miss 11 of their first 14 shots. Playing fast, the Kings turned it around and lead most of the second half by double digits. They almost blew it at the end, but held on to win by the score of 121 to 110.

Willie Cauley-Stein was the leading scorer for the Kings. In 29 minutes, he had 25 points on 11 for 16 from the field, 1 for 1 from three and 2 for 4 from the free throw line. Cauley-Stein had 5 rebounds.

All five of the Kings starters (Fox, Bjelica, Shumpert and Hield) scored 14 points or more. I was confused about the rotation, but Kings coach Dave Joerger may have been trying to get things going after the slow shooting start.

Karl Anthony Towns was the leading scorer for the Timberwolves. He had 39 points on 15 for 27 from the field, 2 for 5 from three and 7 for 7 from the free throw line. Towns had 19 rebounds, including 9 offensive rebounds!?!

I was shocked at how big Jimmy Bulter looks. He is listed at 6' 8" and 232 pounds. I am not sure that I have ever seen him play in person before... [He was traded to the 76ers the next day.]

The Kings now have two wins and no losses in games that I have seen in person during the 2018-2019 season. My goal continues to be to see at last one game a month. 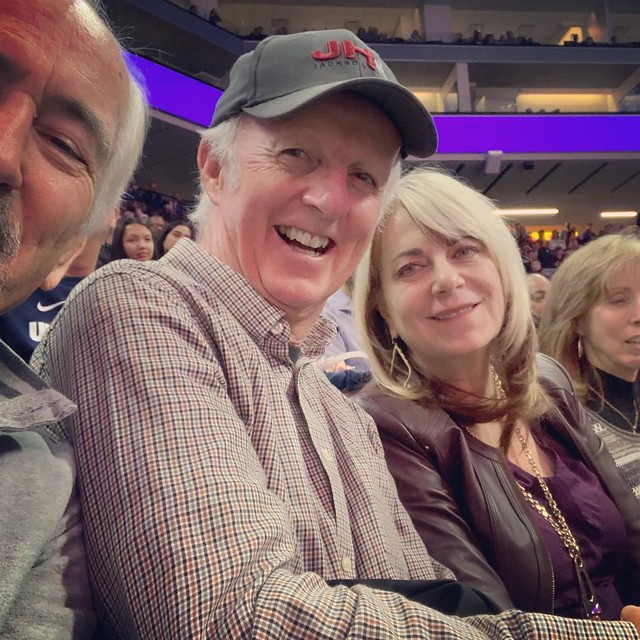