Sharon and I passed this historical marker while we were hiking in the Presidio. 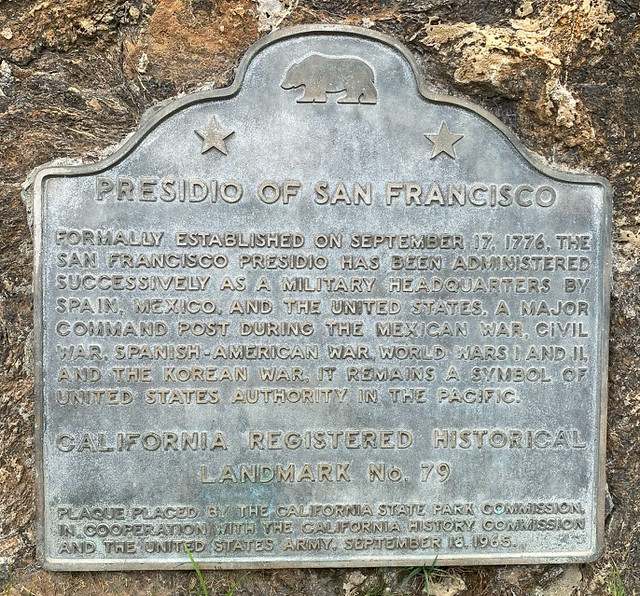 Formally established on September 17, 1776, the San Francisco Presidio has been administered successively as a military headquarters by Spain, Mexico, and the United States. A major command post during the Mexican War, Civil War, Spanish-American War, World Wars I and II, and the Korean War, it remains a symbol of United States authority in the Pacific. 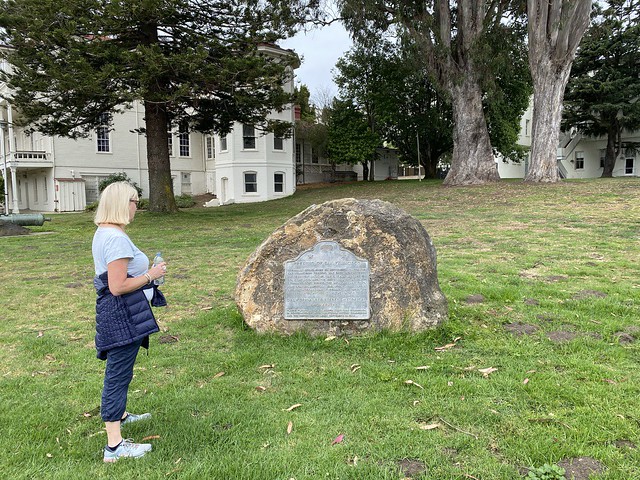