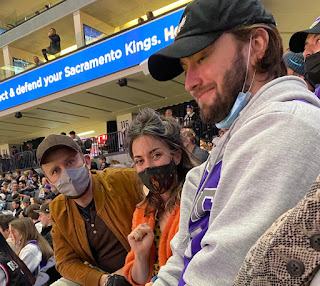 After going to dinner at Il Fornaio (sea bass piccata), Jack, Drew, Carmen, Sharon and I went to the Sacramento Kings versus Portland Trailblazers NBA basketball game. Marvin Bagley made a clutch 3-pointer with 30 seconds remaining and the Kings held off the Trailblazers to win by the score of 125 to 121.

Fox was ejected with 6:06 left after picking up back-to-back technical fouls on a night that included six technicals and two player ejections. Portland's Robert Covington was ejected in the first half for a hostile act after tossing his goggles near the feet of a referee.

Sharon and I connected with Snipes at halftime. He was there with Keith.

The Kings now have one win and one loss in games that I have seen in person during the 2021-2022 season. 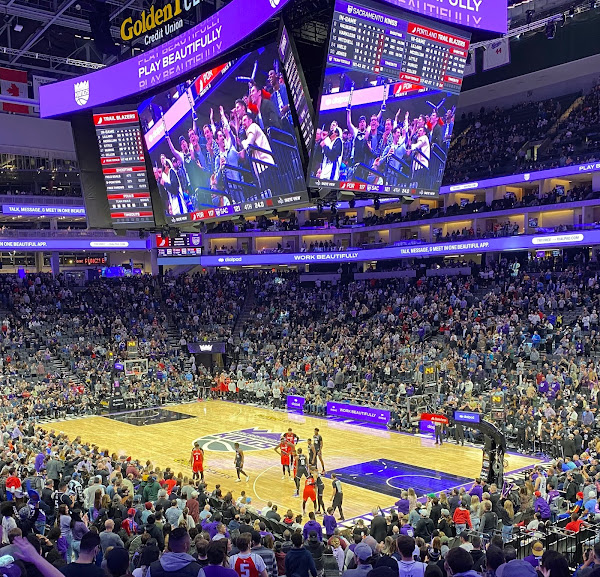