This landmark is located on Sutterville Road, vicinity of Land Park Drive, in Sacramento, California. There are 57 other California State Historical Landmarks in Sacramento County. The GPS coordinates for this location are N 38° 32.290 W 121° 30.296.

Sutter laid out a townsite here in 1844, about two miles below the embarcadero. In 1847, George Zins built one of the first brick structures erected in California here. 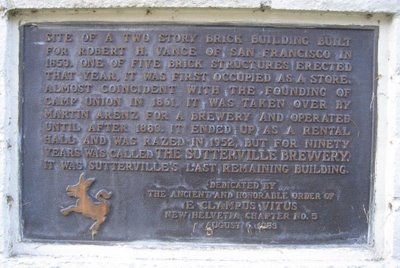 Site of a two story brick building built for Robert H. Vance of San Francisco in 1853. One of five brick structures erected that year, it was first occupied as a store. Almost coincident with the founding of Camp Union in 1861, it was taken over by Martin Arenz for a brewery and operated until after 1860. It ended up as a rental hall and was razed in 1952, but for ninety years was called the Sutterville Brewery. It was Sutterville's last remaining building. 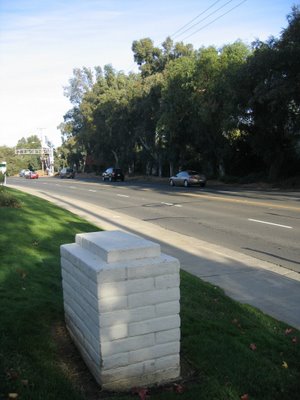 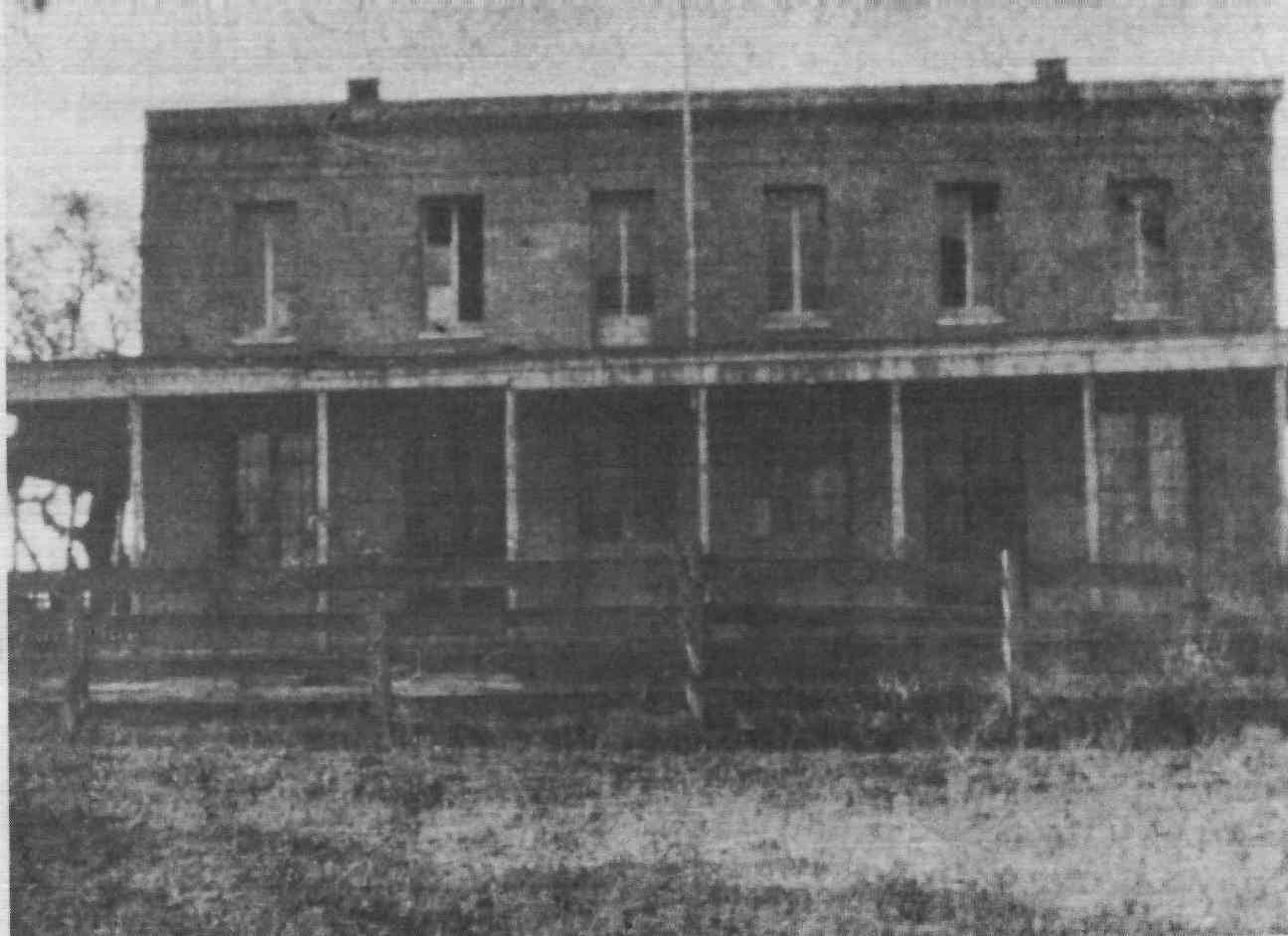 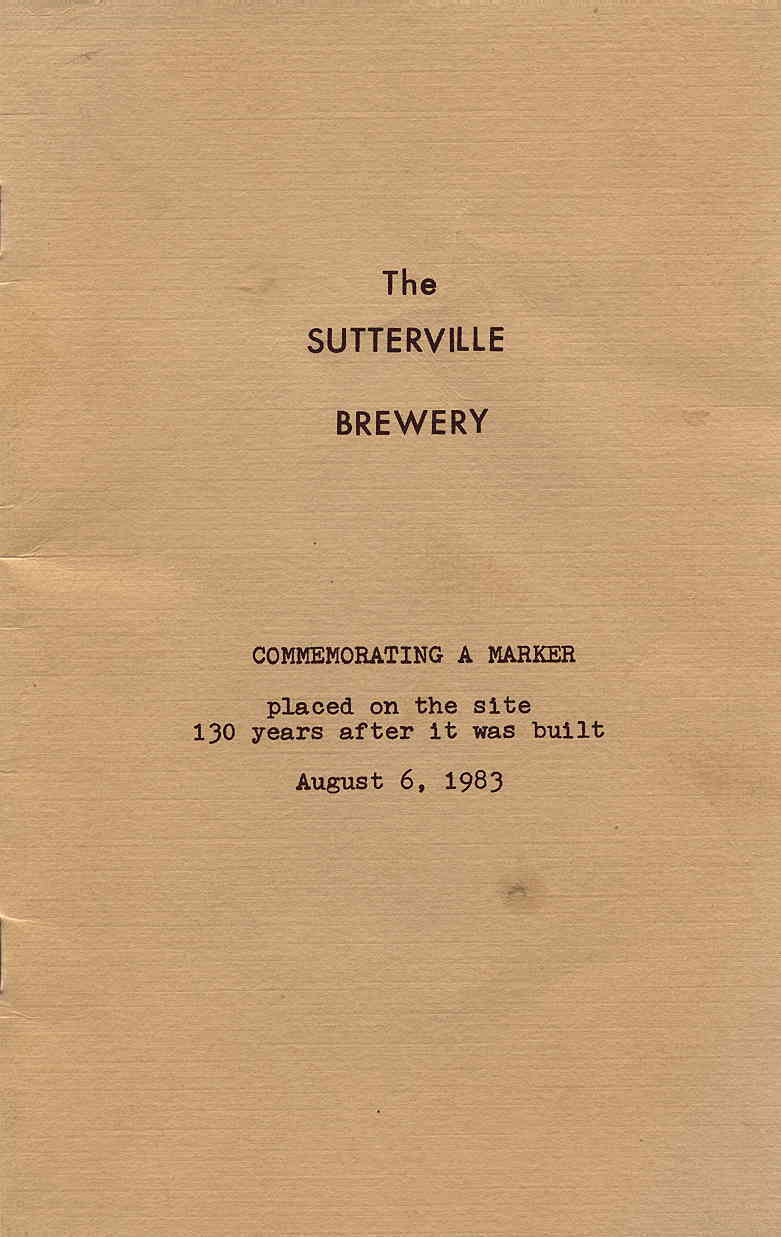 The beginning was on August 15 , 1839 when John Sutter , from the landing on the American River , sighted the rise which is now the of Sutters Fort . This was to be the center of his empire.

The land on the north bank of the American River was later to be granted to Eliab Grimes. That land, the Rancho Del Paso was occupied by John Sinclair on behalf of Grimes, who obtained the grant in 1844.

By August 1840 his party numbered 25; 17 whites and 8 Kanakas. Sutter wanted neighbors and craftsmen. Because his fort wsa a place of safety and he had established friendly relations with Indians, people began to settle nearby. He also encouraged parties from Oregon or from the States to seek land grants on their own.

He deeded one mile of land on the Feather River to Nicholas Altgeyer in 1841 and another mile to Edward Farwell in 1844. It was Sutter's dream to amass a fortune. He could do this, he fell, with the support of other people settled in the area, but he didn't want everyone crowded up at the fort. By 1844 Sutter had probably completed his first fort.

By January 1846 , Sutter had had enough expierence with the high waters of the winter to realize that the land west of the fort was mostly a flood plain.
He determined to found a village or town and set John Bidwell and L. W. Hastings to the task, The town was Sutterville, located on high ground, less than half a mile east of the Sacramento River, and about four miles south west of the fort.

W. T. Sherman, who was in the area during the summer of 1849 wrote in his memoirs, AT SUTTERVILLE and it would have made a better site for a town than the low, submerged land where the city now stands.

In 1847 George Zins and his wife commenced the manufacture of brick at Sutterville and built a house 18 by 35 feet. His first kiln was of 40.000 brick. In the fall of 1848 he burned another kiln of one hundred thousand brick. A school house was planned to be built that year. That same year Sutter sold 350 acres to Laneford W. Hastings, which land included the site of McDougal were the elected delegates to the Sutterville in 1849.

Hastings attempted to sell lots, but was not too successful until after the floods of 1852.

At that time the people who had evacuated Sacramento began to look with more favor on Sutterville. As his part of a real estate program, Hastins transfered his interest in the town to a group composed of Hastings, William K. and S.T. Weston, Henry A. Breed, Robert H. Vance and others.

The transfer was conditioned on the buyers building a pier and dock, anchoring a barge on the river, building an elevated roadway to the high ground and constructing certain buildings with 90 days.

In all five brick buildings were build in Sutterville during 1853.

The building at the SE corner of Willow and Crystal Street was two stores with a full basement of brick, build for Robert H. Vance of San Francisco at a cost of $27,000.

Vance's building came to be known as the Sutterville Brewery. The bricks for all of the buildings were obtained from the brickyard of Pettit and Queens in the SW corner of the town.

Vance's building was let to Lockwood and Tilden of Sacramento and to S.T. Weston for two stores.

A sawmill was erected by T.F. Gould and Jefferson Lake in 1853 at Sutterville. It had three upright saws and on circular With Thielan's bankruptcy the operation of the brewery ceased and was never resumed. The savings and loan held onto the estate until May 1890 when it was sold to J.P. Melchior.

He transferred it to he wife the following year.

Six years later, she deeded the property to her son, Frederick William Melchior and the deed stated, being the place now occupied and resided upon by me as my house.

The property rested under this ownership until May1905 when it was purchased by Mrs. August Heilbron.

After 1905 no tenant occupied the building for a prolonged period, although it rented as a dance hall and used for other parties up until the beginning of World War Two.

For one year after the war it became the residence of Mr. and Mrs. E.H. Bellmer. Mrs. Bellmer is the granddaughter of Mrs. Heilbron.

The tracks which border the west side of the property are the river branch of the Southern Pacific which originated at Front and I Street and was completed as far south as Freeport in June 1909. Sacramento County records show that Mrs. Heilbron sued the railroad in connection with granting the right of way.

In December 1947 an annexation election in the area designated as Sutterville Heights failed by 10 votes. I was not until August 1950 that the land which Jon Sutter had originally sold to L.W. Hastings became a part of Sacramento. Shortly thereafter the brewery property was sold to R.G. Schmidt, and salvaged the brick in 1952.

Thus ended the history of the Sutterville Brewery after 99 years. It was the last to be torn down in the old town of Sutterville. Although there is a California Historical marker across the street marking Camp Union it is considered most appropriate to mark this site. Mr. Robert H Vance had vision and he built well. The brewery gave succor early in the Civil Way to the 5th Infantry Regiment and provided a pleasant summer outing as long as the brewery was open. I remember the brewery fondly, as do most people over fifty who grew up in Sacramento. I have attended a number of parties in the old building. 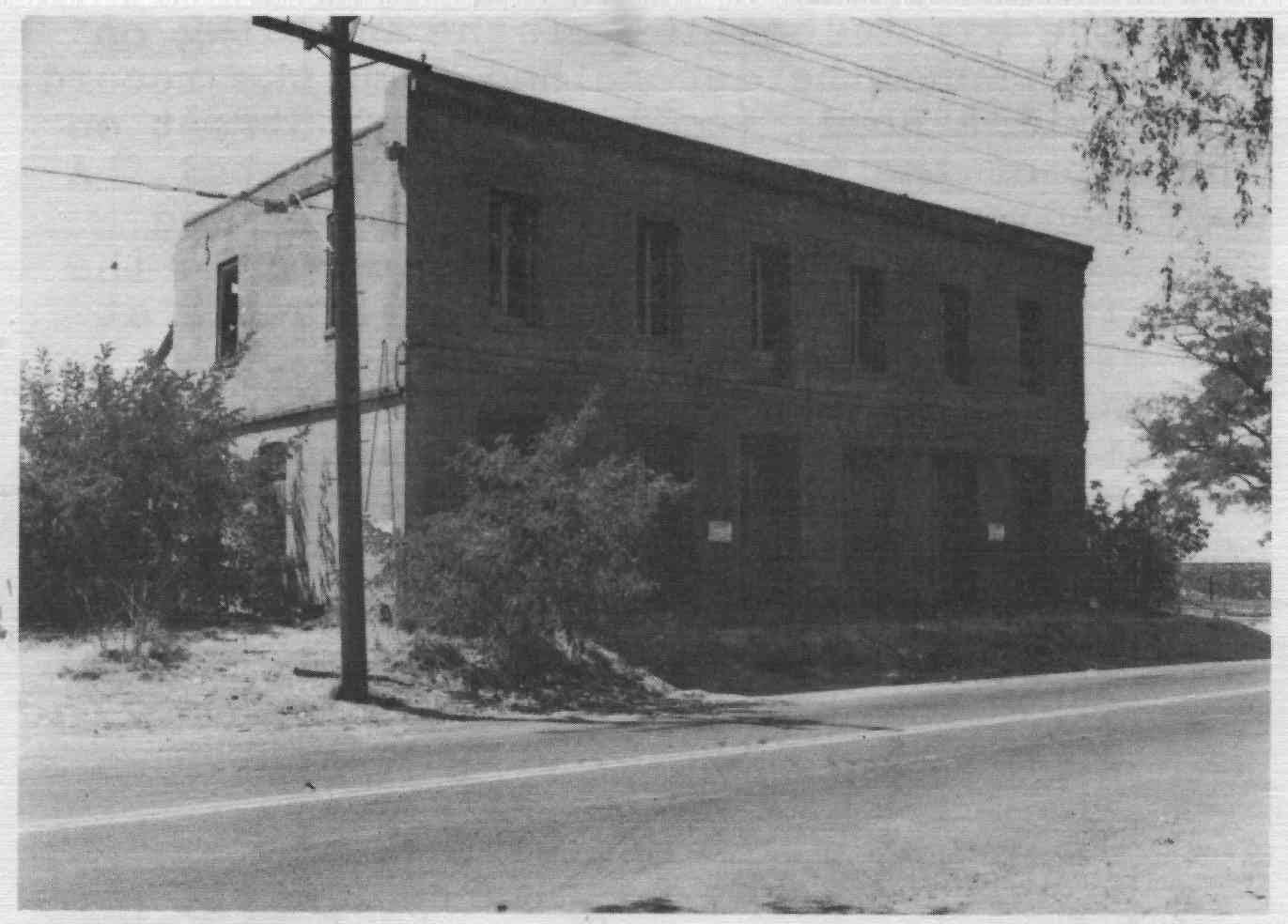