My lunchtime run follows a bike path around the east side of the Mather Airport.

With the Capitol Airshow this weekend, the Blue Angels were out practicing their maneuvers back and forth over the base while I was running on both Thursday and Friday; I had a great view. Several times, they came back over base as a group right on top of me.

Last year, I saw the Thunderbirds practicing. To my untrained eye, the Blue Angels were much more impressive. They were flying together in much tighter formations and several of their passes included formations with two of the fighters inverted.

According to Wikipedia, 262 pilots have flown in the Blue Angels since their inception. 26 Blue Angels pilots have been killed in air show or training accidents giving the job a 10% fatality rate! 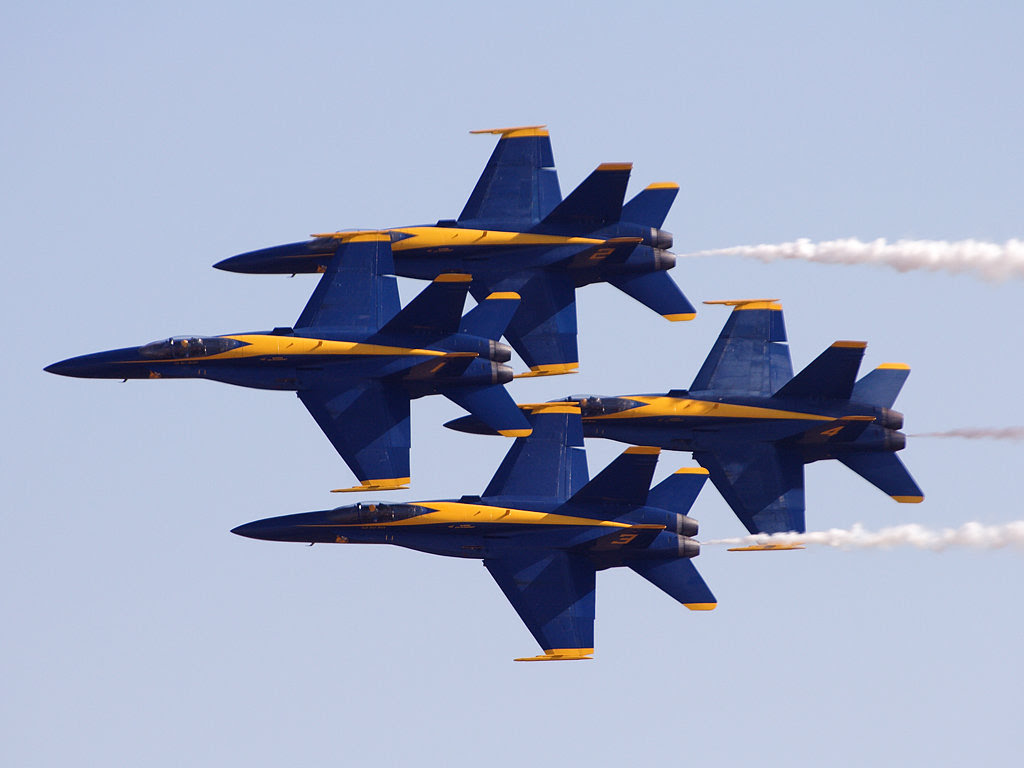