I visited this site during the lunch break when I was on jury duty. 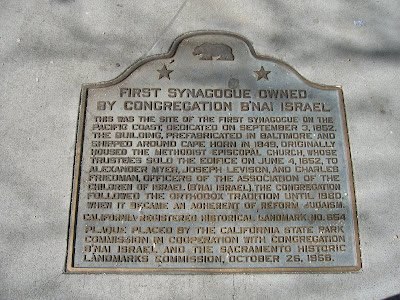 The building that stood on this site was prefabricated in Baltimore and shipped around Cape Horn in 1849. It originally housed the Methodist Episcopal Church, whose trustees sold the edifice on June 4, 1852 to Alexander Myer, Joseph Levison, and Charles Friedman, Officers of the Association of the Children of Israel (B'nai Israel), to serve as the first synagogue on the Pacific Coast, dedicated on September 3, 1852. The congregation followed the orthodox tradition until 1880, when it became an adherent of reform Judaism. 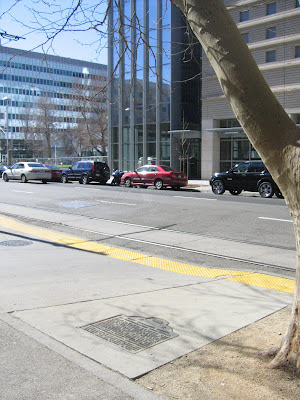