Jack and I went to the March 2008 meeting of his Cub Scout Pack. The main part of the program was the Arrow of Light ceremony for the Webelos 2's. This is the rite marking the passing of the boys from cub scouts to boy scouts. The pack had four boys moving on to boy scouts.

Afterwards, there was the presentation of a number of awards. Jack got archery and BB gun belt loops and a patch for participating in the pinewood derby. He also got his pinewood derby trophies for finishing 1st in his den and 3rd in the pack.

Finally, there was a Father-Son Cake Bake Competition. The cakes are judged for the best design. We did not place. The winning cake in Jack's den was in a shape of a campfire. Frankly, we had thrown a cake together at the last minute, while some of the other cakes were engineering marvels. Nevertheless, you could donate your cake for everyone to eat at the end of pack meeting. Probably due to the fact that it was a chocolate cake with chocolate icing, our cake was almost completely eaten! 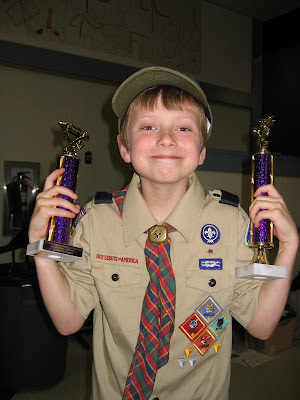 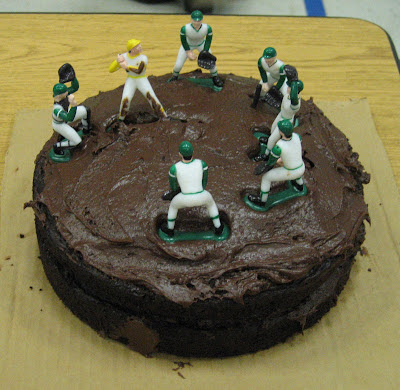