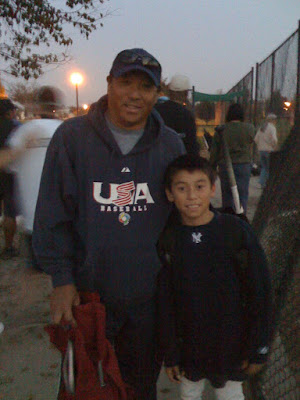 I am always amazed at how small the world is. In response to Jack's Gunners Baseball Team putting out the call that they were looking for a few more players, the e-mail ended up in Randy and Jayne's inbox after only two degrees of separation. I have known Randy for more than twenty years and Jayne is currently Sutter Health's IBM rep.

Randy showed up at the Gunner's practice/try-out this afternoon with his son Aaron. He and I had an opportunity to catch up while the boys worked out with the Gunners.