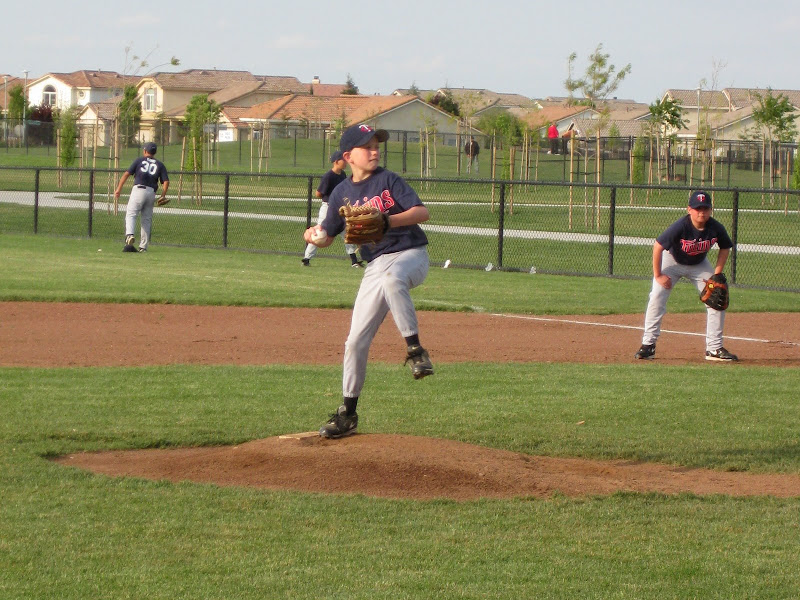 Jack played in his fourth game of the 2009 Laguna Youth Baseball Minor League Season. The Twins played against the Yankees. There was one player on the other team that we knew; Mak played on Scott's fall ball team and has played occasionally with the Gunners.

Jack played two other innings at third. He made a nice play on a grounder to the left side. Looking to first, he then got the runner trying to go to third in a run down and tagged the runner out.

The Twins lost the game by a score of 17 to 9. The teams were only able to play four innings in two hours. Their record for the season is 1 win, 2 losses and 1 tie.