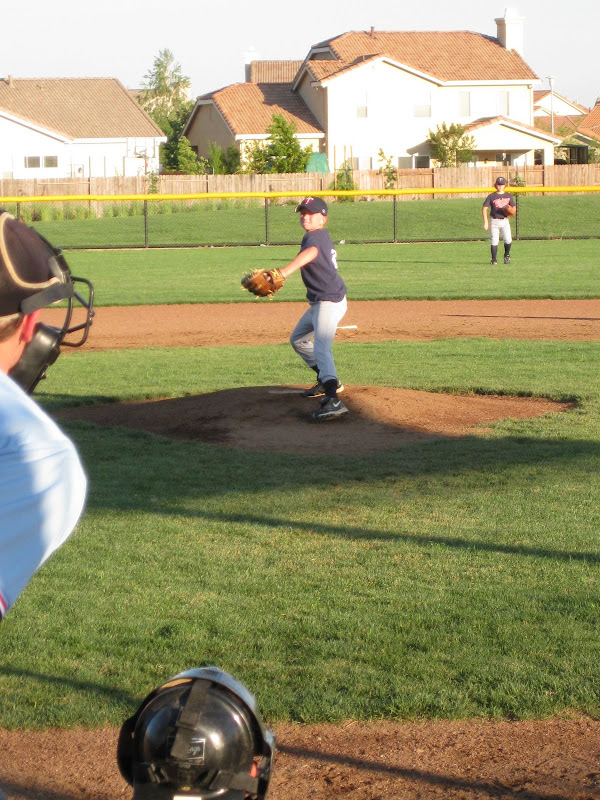 Jack played in his sixth game of the 2009 Laguna Youth Baseball Minor League Season. The Twins played against the Cardinals. The two teams met in the first game of the season and played to a tie.

At the plate, Jack was 2 for 2 with a sacrifice fly. In his first at-bat with runners on first and second, he looped one into short right. The fielder made a great running shoe top catch; the runner at third tagged and scored. Jack hit the first pitch over the third baseman down the third base line for single in his second plate appearance. In his third at-bat, he drove one into left field.

Jack played four innings at third base and pitched two innings. At third, he only had one ball hit to him. Jack made a nice play ranging to his left and throwing the runner out at first.

Jack pitched the fourth and fifth innings. He threw 51 pitches. Jack looked more comfortable than the inning that he pitched last game.