When Larkin and I were in Carson City for Rod's golf tournament, I wandered around the downtown one morning after breakfast looking for waymarks, including a pony express stop, the state capitol and the mint. 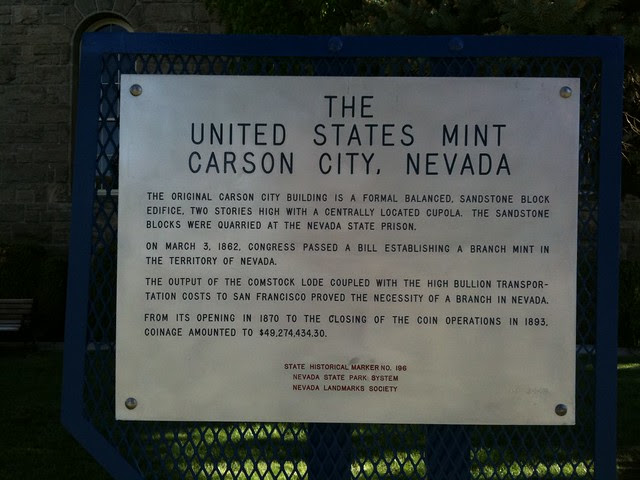 The original Carson City building is a formal balanced, sandstone block edifice, two stories high with a centrally located cupola. The sandstone blocks were quarried at the Nevada State Prison.

On March 3, 1862, Congress passed a bill establishing a branch mint in the Territory of Nevada.

The output of the Comstock Lode coupled with the high bullion transportation costs to San Francisco proved the necessity of a branch in Nevada. 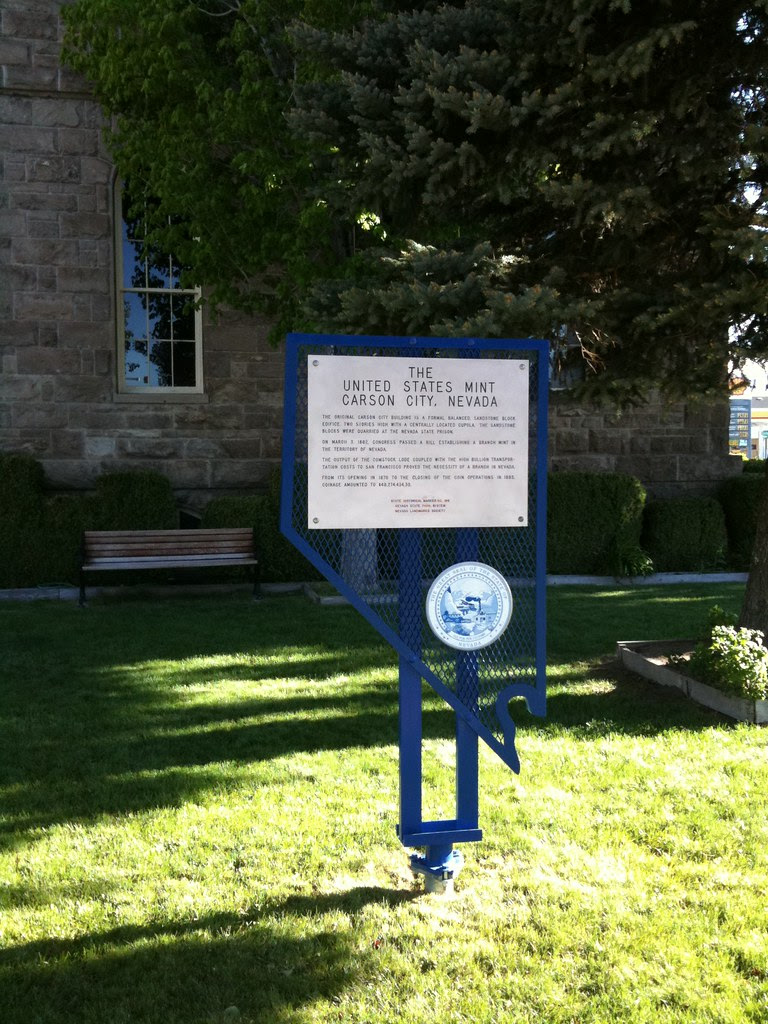 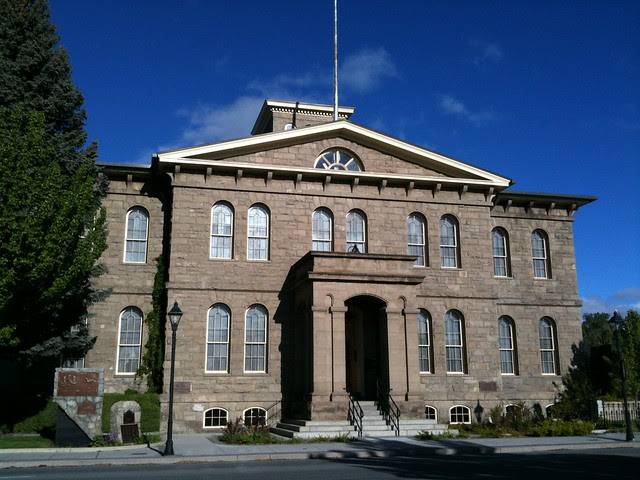