Originally, Wallen had talked about running with me in the morning. Begging off with sore legs, I ran by myself for a little less than five miles from their house out to the end of Rocky Point and back. After getting cleaned up, Wallen and I took Jill for a birthday brunch at Anthony's.

Wallen and I caught a 1:45 ferry to Seattle. As we were getting ready to leave, we were talking about taking the cribbage board. Deciding it was too big, I quickly found a cribbage board app for my iPhone. We ended up playing two games on the ferry. I got great cards during the first game. I ended up skunking Wallen by the score of 121 to 73. He was more and more animated over the course of the game. I held on to win the second game by the score of 121 to 115.

We watched the Manning Bowl (Denver/Peyton versus New York Giants/Eli) at Vons. From there we wandered down to the Owl N' Thistle to meet Becky. I still have not had a chance to meet Becky's boyfriend, Tal.

Finally, we wandered to the stadium for the 5:30 pm kick-off. It is a great venue to see a football game. This is the second time that I have been to the stadium. I came up four years ago for a 49er versus Seahawks. For the first year, Wallen has season tickets (section 135, row W, seat 11 and 12). Wallen's business partner, Greg, and his wife, Bev, were there.

It was a very odd disjointed game. Neither team looked effective initially. There was then an hour delay for lightening in the first half. The Seahawks led by the score of 5 to 0 at halftime! 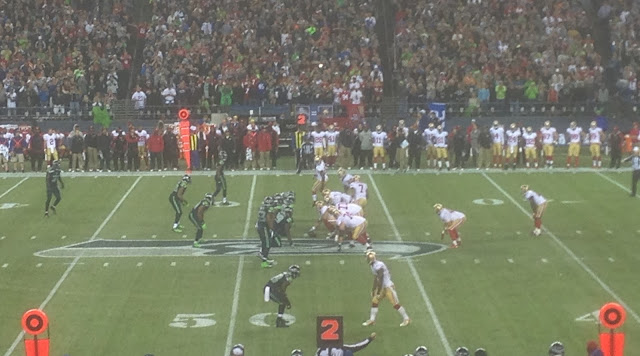 The second half was not much better. There were 22 penalties for 205 yards. The 49ers had 5 turnovers: three interceptions and two fumbles. The Seahawks ended up winning the game by the score of 29 to 3.

Wallen and I caught the 10:30 pm ferry back to Bremerton. I actually fell sound asleep on the boat. We were back to their house about 11:45 pm. 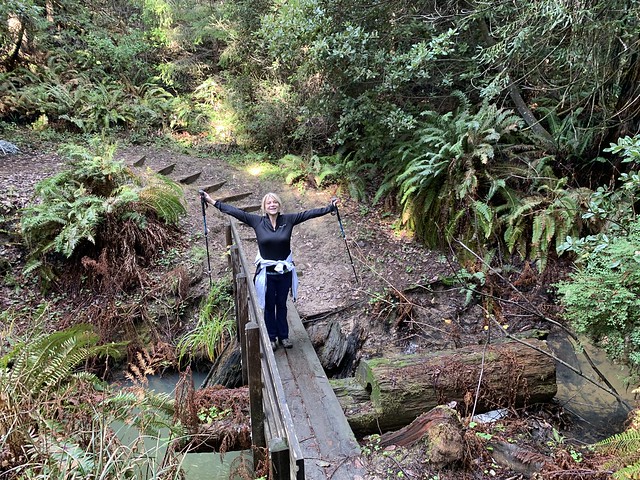