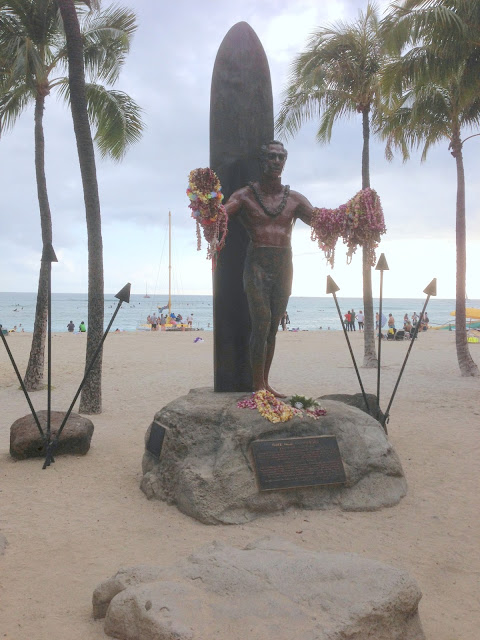 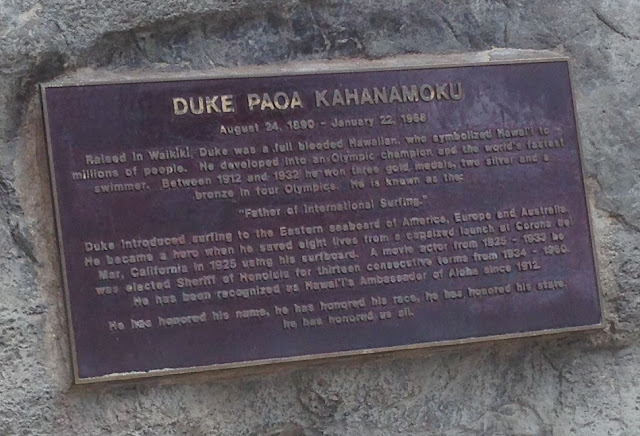 Duke Paoa Kahanamoku
August 24, 1890 – January 22, 1968
Raised in Waikiki, Duke was a full-blooded Hawaiian, who symbolized Hawaii to millions of people. He developed into an Olympic champion and the world’s fastest swimmer. Between 1912 and
1932 he won three gold medals, two silver and a bronze in four Olympics. He is known as the
“Father of International Surfing.”
Duke introduced surfing to the Eastern Seaboard of America, Europe and Australia. He became a hero when he saved eight lives from a capsized launch at Corona Del Mar, California in 1925 using his surfboard. A movie actor from 1925-1933, he was elected sheriff of Honolulu for thirteen consecutive terms from 1934-1960. He has been recognized as Hawaii’s Ambassador of Aloha since 1962.
“He has honored his name, he has honored his race, he has honored his state, he has honored us all.”
By Heringer at 9/11/2013 07:38:00 PM