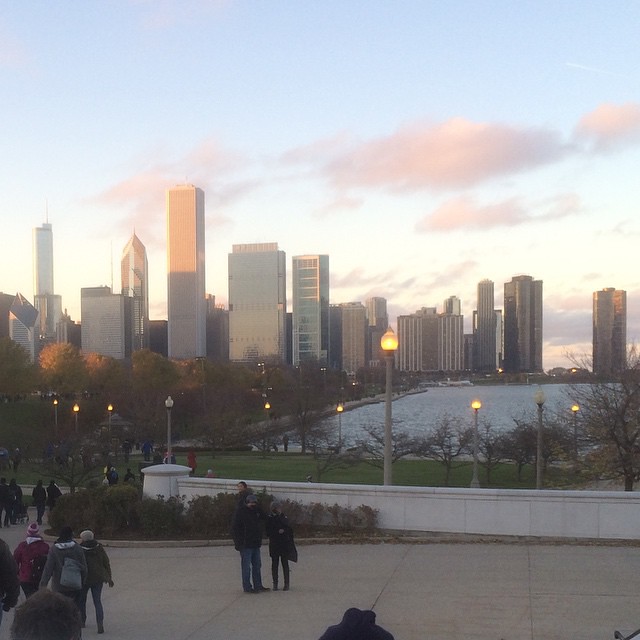 With the time change and the six plus miles of walking on Saturday, Wallen and I were up early. We headed up to the exercise room. I ended up running five miles on the treadmill.

After getting cleaned up, we met the rest of the group for breakfast in the hotel. Nooter caught a shuttle after breakfast and started home.

The rest of us {Tomasin, Geselbracht, Wallen, Swedberg and I} started out on a walkabout. We stopped at El Hefe near the hotel for the NFL pre-game shows. From there, we walked down Michigan Ave to the lake. Circling back, we found Jake Melnick's Corner Tap to watch the early NFL games.

I rolled from there about 2:00 pm. I walked back to the hotel, grabbed my bags and caught the Orange Line back to Midway Airport. After some adventures on the train (delayed due to an unauthorized person on the tracks), I had a late lunch at the airport.

It was a great weekend. I really enjoyed spending time with the group. I have known these guys for almost forty years. Unfortunately, it looks like there are some shifts in the group dynamics. It will be interesting to see how this plays out over the next year…
By Heringer at 11/02/2014 11:59:00 PM