Up fairly early, Sharon swam in the pool while I ran 3.6 miles on the treadmill. After packing up the room, we grabbed some breakfast sandwiches at Subway and gassed up the car. We were on the road about 10 am.

Sharon had made a hotel reservation for the JW Marriot for Saturday night. I didn't realize until that morning that this was at LA Live next to the Staples Center.

I drove this leg. The traffic was great until we got about 10 miles from the hotel. It took about 40 minutes to go the last ten miles to the hotel... I am always amazed at the amount of traffic in Southern California. We got to the hotel about 1:40 pm.

Checking into the hotel, Jack studied and got a room service pizza. Sharon and I wandered around LA Live. We ended up having a nice light lunch at Wolfgang Puck Bar and Grill. Afterwards, I wandered towards the old downtown to get a birthday card and some wrapping paper.

We took off about 4:30 pm for Nicki and Drew's bungalow. Nicki had organized a surprise birthday party for Drew. Everyone was supposed to get there at 5 pm with Drew arriving at 6 pm.

Drew ended up arriving at about 6:15 pm. I think he was somewhat surprised. In a bizarre twist of fate, Drew ended up parking Bruce right behind my car on the street. He noticed the Jesuit Marauders license plate frame and took a picture. I am not sure what he was actually thinking at that point.

There was a nice group of about 25 to 30 people for the party. I ended up talking to Max, Graham and Kyle and his girlfriend [a professional volley player in Europe!?!] for a long time. Nicki had a buffet of Mexican food.

After dinner and cake, they did presents. We gave Drew Sharon's empty iPhone 6 box with the money to get a new phone. 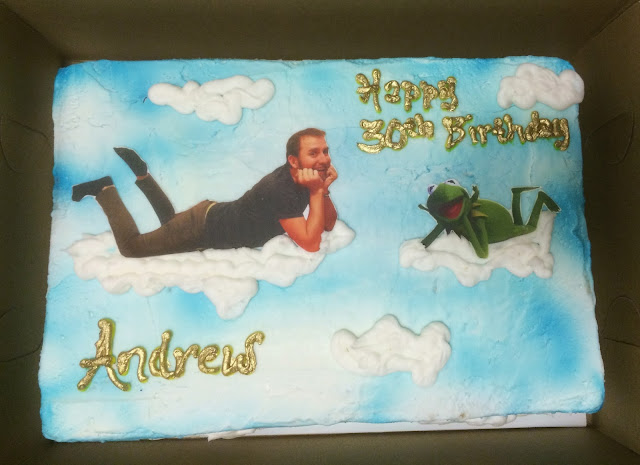 We ended up staying until about 10:30 pm before heading back to the hotel. 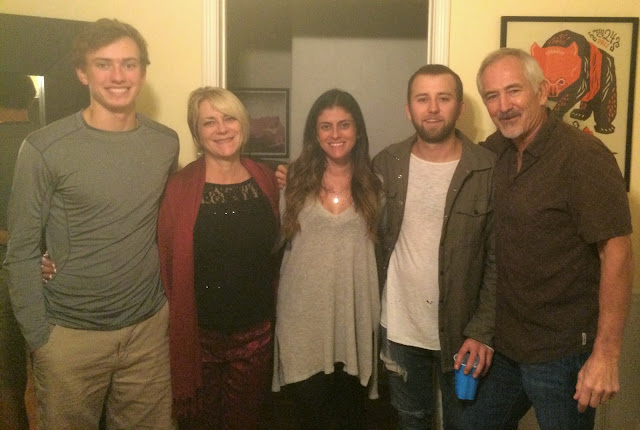 It was a very nice evening. I was glad that we had made the effort to come down for the party.