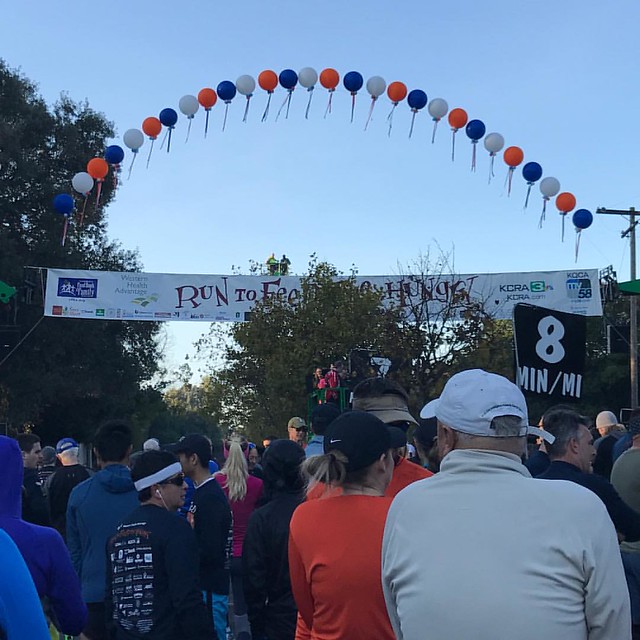 For the fifth year in a row, I parked on University Avenue. This year, I parked closer to the H Street bridge rather than the Guy West Bridge. It was a little shorter walk to and from the car.

They announced the crowd at 29,000 at the start of the race. One of the things that has changed over the years is that the crowd never really thins out. It is a pack of runners from the beginning to the end.

Jack ran the 5k with a group of friends. It was weird to go to the race by myself and not meet anyone afterwards. I also miss not getting our traditional picture with Jack after the race.
By Heringer at 11/24/2016 12:00:00 PM