Sharon and I stopped briefly at Fort DeRussy while we were hiking in Rock Creek Park. 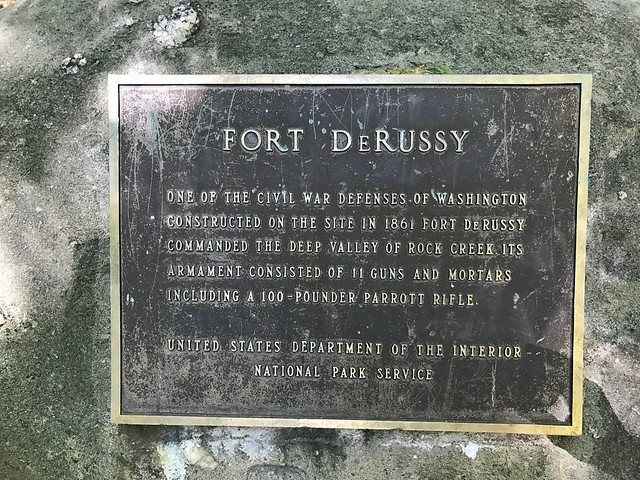 One of the Civil War Defenses of Washington. Constructed on the site in 1861 Fort DeRussy commanded the deep valley of Rock Creek. Its armament consisted of 11 guns and mortars including a 100-pounder Parrott Rifle. 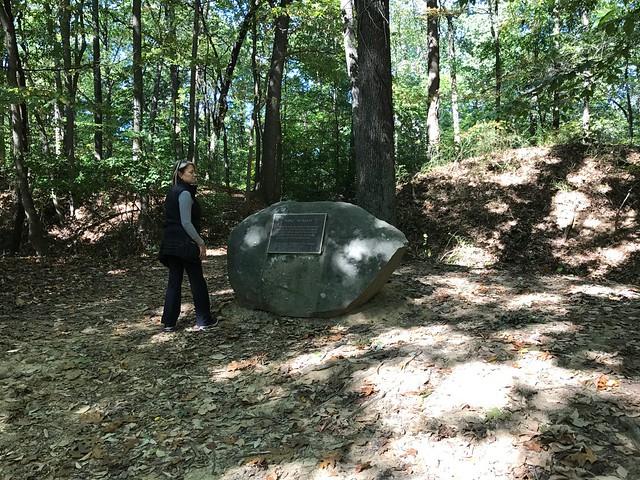 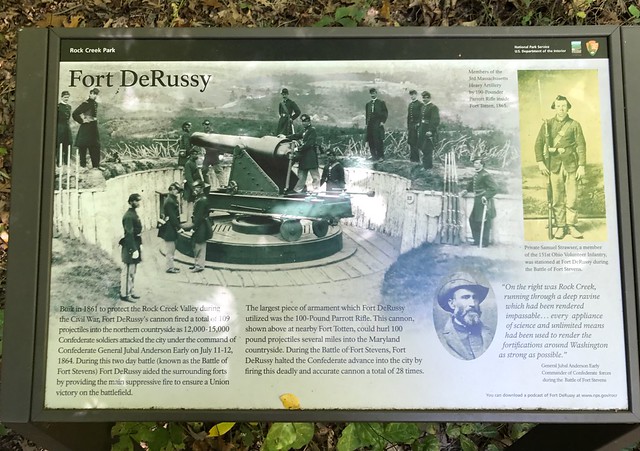 Built in 1861 to protect the Rock Creek Valley during the Civil War, Fort DeRussy's cannon fired a total of 109 projectiles into the northern countryside as 12,000-15,000 Confederate soldiers attacked the city under the command of Confederate General Jubal Anderson Early on July 11-12, 1864. During this two day battle (known as the Battle of Fort Stevens) Fort DeRussy aided the surrounding forts by providing the main suppressive fire to ensure a Union victory on the battlefield.

The largest piece of armament which Fort DeRussy utilized was the 100-Pound Parrott Rifle. This cannon, shown above at nearby Fort Totten, could hurl 100 pound projectiles several miles into the Maryland countryside. During the Battle of Fort Stevens, Fort DeRussy halted the Confederate advance into the city by firing this deadly and accurate cannon a total of 28 times.

[photo of General Jubal Early] "On the right was Rock Creek, running through a deep ravine which had been rendered impassable... every appliance

You can download a podcast of Fort DeRussy at www.nps.gov/rocr. 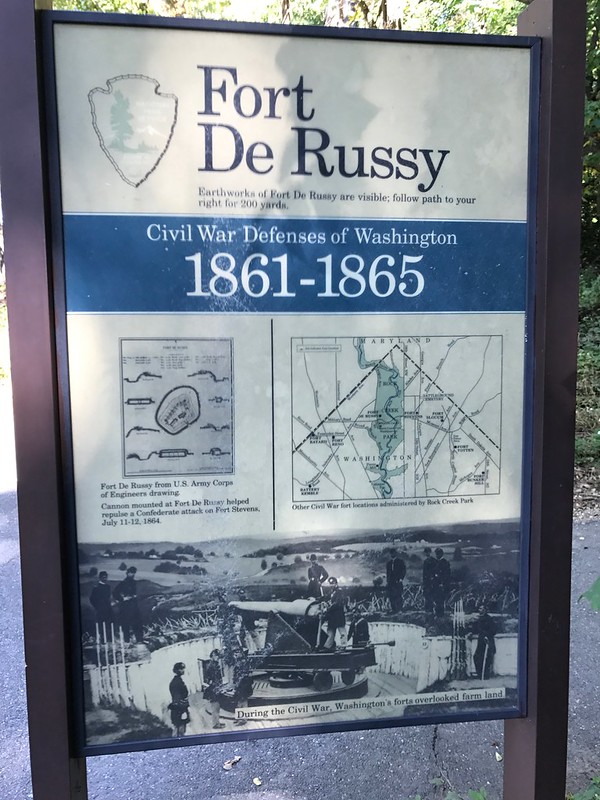 Earthworks of Fort De Russy are visible; follow path to your right for 200 yards.