Sharon and I stopped briefly at the Joaquin Miller Cabin while we were hiking in Rock Creek Park.


Joaquin Miller Cabin
contributing property to the
Rock Creek Park Historic District
National Register of Historic Places #1991001524
See this location on Yahoo Maps in Flickr
See this location on Google Maps
This building is located on the east bank of Rock Creek one half mile north of Military Road in Washington, DC. The GPS coordinates for this location are 38° 57' 50.2" N 77° 02' 46.7" W. 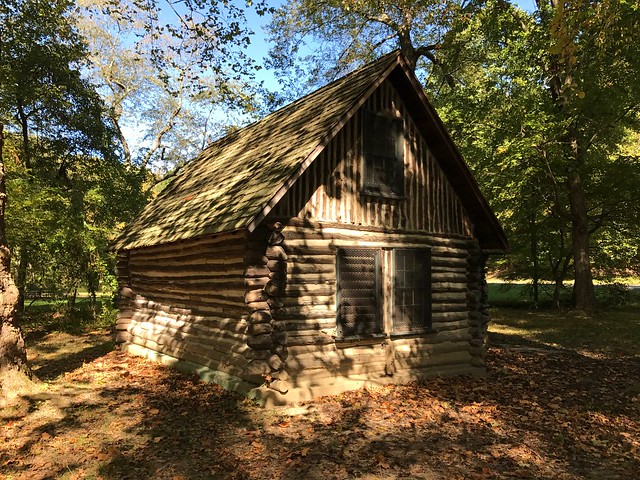 In 1883, Joaquin Miller (1837–1913) moved to Washington, DC to get involved in politics. He built the cabin near the intersection of 16th and Belmont Streets, NW across from present day Meridian Hill Park to find rustic peace and "find his muse". Miller is known to have occupied the cabin from 1883 to late 1885 when he left for California.

In 1911, the area near Meridian Hill Park was being developed and Henry White, the former ambassador to France, was building an estate on land that included the cabin. The state of California and the Columbia Historical Society sought to save the structure from demolition and have it moved to Rock Creek Park. The board of the National Park Service refused the request but Senator John D. Works, and Joseph R. Knowland of California successfully intervened to force the Park Service to move the cabin to its present location near the east bank of Rock Creek one half mile north of Military Road.
By Heringer at 11/16/2016 05:00:00 AM